North Korea to hold Supreme People's Assembly ahead of summits

North Korea's Kim Jong Un has approved a meeting of the Supreme People's Assembly ahead of landmark summits with the United States and South Korea. Photo by KCNA/UPI | License Photo

March 22 (UPI) -- North Korea plans to hold a meeting of the Supreme People's Assembly in April but it is unlikely the event will be held to make significant changes to the state's commitment to nuclear weapons development.

The meeting would mark the sixth gathering of the 13th session of the Supreme People's Assembly since the founding of the country. News of the meeting is raising speculations in the South regarding announcements from Kim Jong Un, South Korean news agency News 1 reported Thursday.

Pyongyang's state-controlled news agency KCNA said the "standing committee" of the Supreme People's Assembly arrived at the decision on March 15, and the meeting is scheduled to be held April 11 in Pyongyang.

North Korea's Supreme People's Assembly is the highest constitutional authority in the country. It has the power to set the nation's budget and determine policies regarding state personnel.

South Korea's unification ministry is playing down the possibility North Korea will use the assembly to make a major declaration regarding its weapons program.

"The Supreme People's Assembly is an annual event," a ministry official told reporters Thursday. "It is expected this year they will also discuss the settlement of accounts, the year's budget, organization and personnel issues."

South Korean analyst Cheong Seong-chang of the Sejong Institute said it is likely Kim will replace veteran politicians with people he can trust, such as family members who will strengthen his system of rule.

Analyst Kim Yong-hyun of Dongguk University said the timing of the meeting is relevant, and that "one cannot rule out the possibility Kim will announce his position on the upcoming summits" with South Korea and the United States.

Yonhap reported Thursday North Korea has been signaling a commitment to diplomacy with the establishment of a "foreign relations committee" under the Supreme People's Assembly.

The regime could also address the issue of economic reform during the assembly, according to the South Korean press report.

World News // 4 hours ago
U.N.: COVID-19 is 'greatest test' since World War II
April 1 (UPI) -- The coronavirus pandemic is "the greatest test" the world has faced since the second world war, United Nations Secretary-General Antonio Guterres said during a call to action. 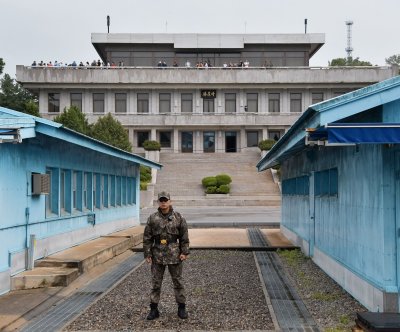 World News // 16 hours ago
Ongoing drought in Brazil, Argentina threatens crucial crop harvests
An unusually dry end to the summer season across parts of South America is expected to impact the harvests of important crops in the region.

World News // 18 hours ago
Egypt's most famous Giza pyramid lit up with tribute, safety messages
March 31 (UPI) -- Egypt's most famous pyramid is being used to relay important messages to residents near Cairo about the coronavirus outbreak.

World News // 20 hours ago
Syrian forces retake control of prison after inmates riot
March 31 (UPI) -- The Syrian Democratic Forces said it's regained control at a prison that was partly commandeered by inmates belonging to the Islamic State terror group. 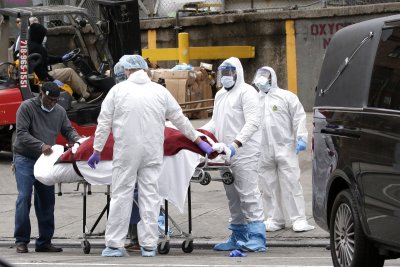