Japan in contact with North Korea through Beijing embassy 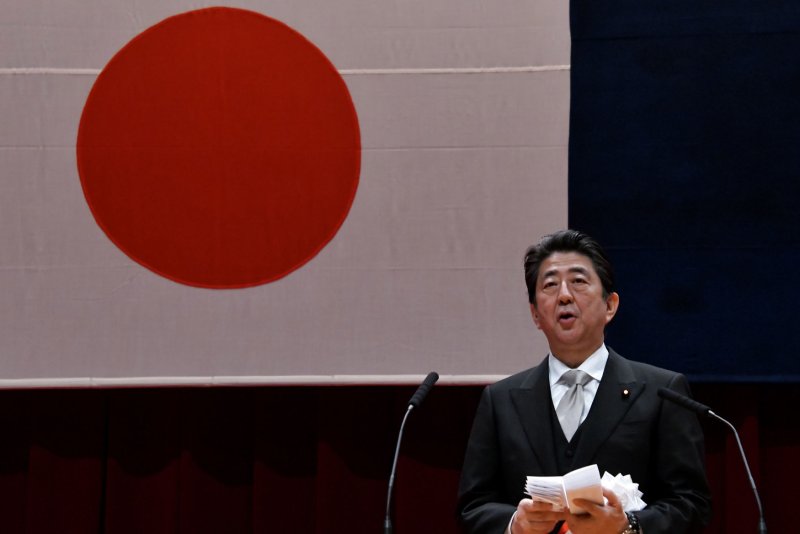 March 22 (UPI) -- The Japanese government says it has been "exchanging views" with North Korea ahead of planned summits between North Korea, the United States and South Korea.

It is a rapidly developing sign the country is interested in detente, only weeks after expressing skepticism and holding missile evacuation drills.

"We have been exchanging views with North Korea through the use of our Beijing embassy channel as well as through government-to-government bilateral negotiations," Suga said, adding there have been "various opportunities and means" to approach North Korea.

The Japanese spokesman also said any engagement with North Korea does not change Tokyo's policy of exerting pressure on Pyongyang over its weapons development and abductions of Japanese citizens.

Tokyo stands in solidarity with the United States and South Korea in order to respond to the North, Suga said.

"We will respond, in terms of what is most effective," Suga said, suggesting Japanese Prime Minister Shinzo Abe's administration is pursuing a pragmatic policy approach to North Korea.

Abe, who previously expressed wariness of the detente between North and South Korea, has changed his approach to North Korea.

Japan has frequently defined countries in the region, like China and North Korea, as security threats that need to be addressed with a more powerful military.

But in a year the country is observing the 40th anniversary of a peace and friendship treaty with China, Tokyo is taking a more diplomatic approach to relations with Beijing.

The "panda loan" is part of Japanese efforts to improve relations with China, according to the report.