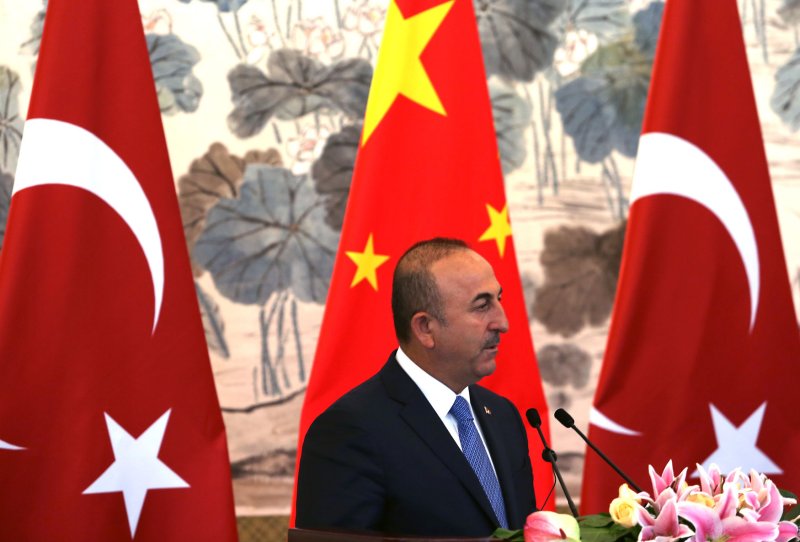 The Netherlands officially withdrew its ambassador from Turkey following a year-old conflict that began when it blocked Turkish Foreign Minister Mevlut Cavusoglu's from landing to speak at a referendum rally. Photo by Stephen Shaver/UPI | License Photo

Feb. 5 (UPI) -- The Netherlands officially withdrew its ambassador to Turkey in response to a conflict between the two countries dating back to 2017.

The Netherlands has left its ambassador's seat in the Turkish capital of Ankara unfilled since April of last year after the Dutch government banned Turkey's foreign minister from speaking at a referendum rally.

Dutch foreign affairs minister Halbe Zijlstra also said the Netherlands will not accept any Turkish ambassadors until the issue is resolved.

"This message has been conveyed to the Turkish chargé d'affaires," Zijlstra said.

Turkey's Deputy Prime Minister Bekir Bozdag said the Netherlands was withdrawing "a non-existent ambassador" with its move on Monday, according to Turkey's Anadolu Agency.

"This is not a new event for us. It is a declaration of known. However, the diplomatic relations between the Netherlands and Turkey have not been suspended," he said.

The conflict began in March when Turkish Foreign Minister Mevlut Cavusoglu was denied permission to land in the Netherlands to speak at a referendum rally in favor of changes to the country's Constitution.

Days later, Turkey suspended high-level political talks with the Netherlands and banned the Dutch ambassador from returning to Ankara.

Zijlstra said he had talks with Turkish officials in recent weeks, but didn't clarify how they had broken down.