Zimbabwe's Movement for Democratic Change Roy Bennett signs a summons issued to him outside the high court in 2010. The Zimbabwe opposition figure died Wednesday in a New Mexico helicopter crash. File Photo by Aaron Ufumeli/EPA

Jan. 19 (UPI) -- Prominent Zimbabwean politician Roy Bennett, along with his wife and three others, were killed in a New Mexico helicopter crash. One person survived.

Bennett, 60, a former coffee farmer who became a key Zimbabwean opposition leader, was traveling with his wife, Heather, and Charles Burnett III, a wealthy businessman when the crash occurred Wednesday.

Burnett's friends, pilot Jamie Coleman Dodd of Colorado and co-pilot Paul Cobb of Texas, also died when the Huey UH-1 went down after dark. The only survivor, the co-pilot's daughter Andra Cobb, called for help, according to New Mexico State Police.

Roy Bennett was treasurer-general of the Morgan Tsvangirai's Movement for Democratic Change (MDC-T) opposition party. He spoke fluent Shona and advocated political change, which drew a dedicated following of Zimbabweans.

Bennett's passion, which drew the wrath of former Zimbabwe President Robert Mugabe, landed him in jail for a year after a brawl with the country's justice minister over a land redistribution program that resulted in most of the country's 4,000 white farmers losing their land. Bennett was later accused of a plot to overthrow Mugabe and cleared of treason charges the following year.

Obert Gutu, spokesman for the MDC-T party, said he was devastated by Bennett's death.

"Roy was a resolute and committed fighter for democratic change in Zimbabwe," Gutu said. He was "a charismatic and extremely popular grass-roots mobilizer who easily connected with both senior and ordinary members of the party."

World News // 17 minutes ago
North Korea approves smaller increase in 2021 budget, reports say
Jan. 19 (UPI) -- North Korea's budget increased at a lower rate for 2021 than last year at a session of the Supreme People's Assembly on Sunday, according to Seoul's unification ministry. 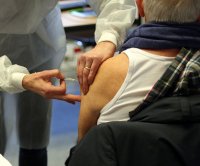