Pope Francis waves from the pope-mobile in Santiago, Chile, on Tuesday at the start of a three-day visit. Photo by Mauricio Duenas Castaneda/EPA

Jan. 16 (UPI) -- Pope Francis arrived in Chile on Tuesday for a three-day visit as anger toward the Catholic Church brews over priest sex abuse scandals.

The 81-year-old church leader will hold an open-air mass Tuesday in the Chilean capital of Santiago -- hoping to help repair the credibility of the church after scandals helped make the once Catholic stronghold into one of South America's most secular nations.

The anti-church resentment comes after a 2011 sex-abuse scandal where the Rev. Fernando Karadima was found guilty and sacked for abusing dozens of minors over a decades-long period beginning in the 1980s.

Although Pope Francis has made his "zero tolerance" policy over sexual abuse clear, the pontiff's appointment of Juan Barros furthered Chilean resentment.

Victims of Karadima say Barros had knowledge of the abuse but did nothing to stop it.

"I still don't understand how we, the thousands of victims of abuse, were not protected by our priests, who were silent witnesses to what was happening to us." James Hamilton, one of Karadima's most outspoken victims, said.

Anger over the abuse sparked- anti-Catholic violence in Santiago leading up to the pope's visit. At least five churches were attacked since Friday, while others were vandalized, Mahud Aleuy, Chile's interior secretary said.

Graffiti vandalism even threatened the pontiff, with one reading "Pope Francis, the next bomb will be in your robe."

Since 2000, 80 members of the clergy in Chile were accused of sexual abuse -- and more than half were convicted in the courts or by the Vatican.

The pope is also expected to visit a women's prison while he is in Chile and address the conditions of the indigenous Mapuche people in a trip to the south of the country.

RELATED Pope calls on 'future of peace' for migrants

Pope Francis will also visit Peru during his trip.

World News // 9 hours ago
Experts: China seeking to normalize military presence beyond borders
China's Belt and Road Initiative, its military base in Africa, and increased humanitarian aid help normalize China's military presence outside its borders as part of an escalating power projection, an expert said. 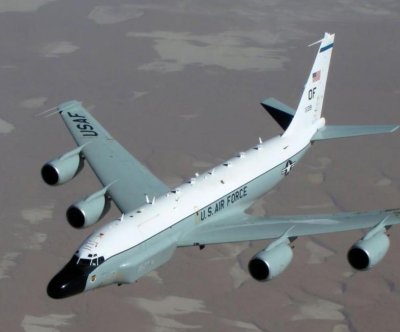