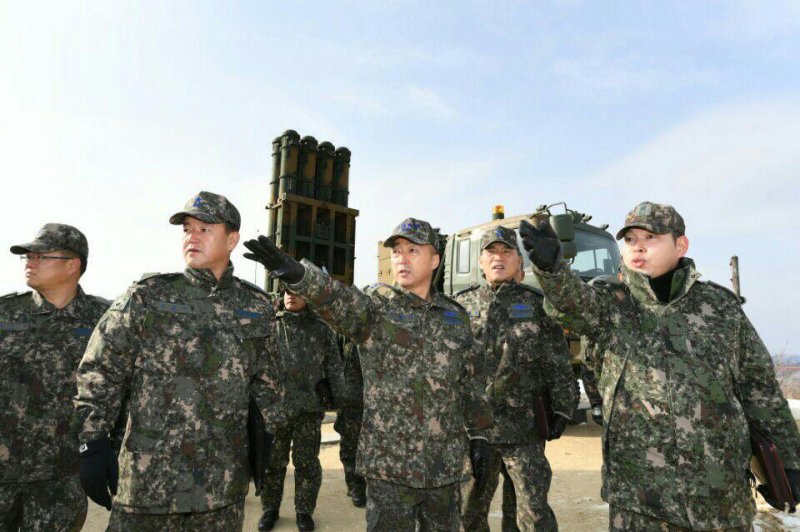 Dec. 26 (UPI) -- South Korea's military is planning to mass produce the Cheongung, a self-developed midrange surface-to-air missile system after a reassessment or reappraisal.

The development of a long-range radar and an aerial infrared countermeasure may also restart after they were suspended, Newsis reported Tuesday.

Discussions of mass production of the Cheongung, also known as the Cheolmae-2, or KM-SAM, began on Nov. 17, according to the South Korean press report.

The technology is part of the country's homegrown anti-missile systems, the Korean Air and Missile Defense.

Defense authorities said programs to develop a fixed long-range radar system to detect North Korea aircraft, and infrared countermeasures, are to be suspended following the discovery of flaws, but to be resumed as "soon as possible," according to Newsis.

Yonhap reported Tuesday LIG Nex1, a local defense contractor, developed the radar that failed in an operational test in 2014.

"Multiple defects were found in the test and a violation of contract terms was also detected," DAPA said.

The military plans to install a black box in the artillery and require personnel to wear flame-resistant combat uniforms, according to the report.

The explosion, caused by a mechanical flaw, wounded four soldiers and killed three, according to Yonhap.