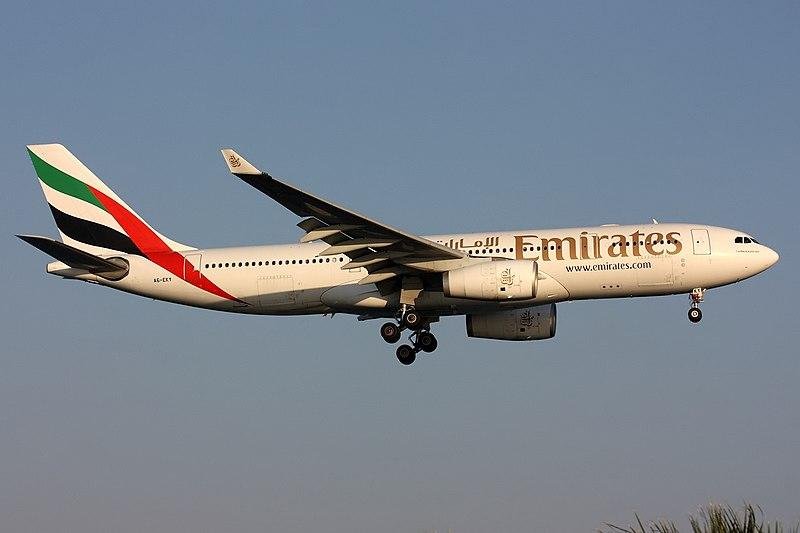 Tunisia's travel ministry suspended all Emirates Airlines flights in and out of the country after the airline banned several Tunisian women from boarding their flights. Photo by Igor Dvurekov/Wikimedia Commons

Dec. 24 (UPI) -- Tunisia suspended all Emirates Airlines flights in and out of the country after after the airline prevented several Tunisian women from boarding its flights.

Tunisia's transport ministry announced the ban on Sunday, stating the measure would remain in effect until the situation is resolved.

"The Ministry of transport has decided to suspend trips flights from and to Tunisia until the company has been able to find a suitable solution for the operation of its flights in accordance with international laws and treaties," the ministry said.

One of the women said an Emirates Airlines staff member told her Tunisian women under the age of 30, with a Tunisian passport aren't permitted on the Emirates flight.

Another woman said her husband and son were permitted to travel, but she was forced to stay behind.

Salem Zeabi,the United Arab Emirates ambassador to Tunisa, said the measure preventing the Tunisian women from boarding the flights was "temporary and relating to security arrangements" when he was called in to the Ministry of Foreign Affairs on Friday.

Anwar Gargash, the UAE's minister of state for foreign affairs, also said the restriction was related to security.

"We have contacted our Tunisian brothers about security information that necessitated taking specific and circumstantial measures," he wrote on Twitter.

Gargash added the UAE "appreciates and respects Tunisian women" and "we should avoid attempts at interpretation and errors."

World News // 34 minutes ago
Death of Mao Zedong's son during Korean War comes under scrutiny
June 16 (UPI) -- The history of the son of former Chinese leader Mao Zedong is being rewritten under Xi Jinping, according to a recent press report.

World News // 39 minutes ago
Shirly Pinto, Israel's first deaf lawmaker, sworn in by sign language
June 16 (UPI) -- Shirly Pinto on Wednesday became the first deaf member of the Israeli Knesset when she was sworn in by Prime Minister Naftali Bennett.

World News // 1 hour ago
EU diplomats favor adding U.S., several other nations to safe travel list
June 16 (UPI) -- Diplomats in the European Union on Wednesday recommended that the 27-member alliance update its COVID-19 safe travel list to include visitors from the United States, a move that's expected to take effect later this week.

World News // 18 hours ago
Several injured amid clashes during controversial flag march in Jerusalem
June 15 (UPI) -- Several Palestinian activists were injured Tuesday during clashes with Israeli security forces before and during a controversial right-wing march through Jerusalem.
Advertisement