South Korean journalists who were beaten in China during a summit between Chinese President Xi Jinping and South Korean President Moon Jae-in return to their country on Friday. File Photo by Yonhap

The protesters, representing a mix of progressive and conservative civic groups, demanded the Chinese government issue an official apology for the violence, Yonhap reported.

"It is a barbarous act, and it is hard to believe it could happen in a civilized country," the groups added.

In Beijing the Chinese foreign ministry acknowledged the incident, and said it would cooperate in investigations.

Ministry spokesman Lu Kang said the main investigation should be undertaken by the Korean side, but that China is "extremely concerned" because the incident took place in the country.

Concern President Moon Jae-in may have been snubbed by Beijing on his first day of his visit to China is also rising in South Korea.

According to Yonhap, the president was not invited to any official dinners or breakfasts hosted by the Chinese government, and was left to plan his own itinerary on the first day of his visit. A relatively low-level official also welcomed Moon upon his arrival, the report stated.

Moon, however, may have set aside differences with Beijing, a move that may be related Seoul's interest in improving trade ties and coordination on North Korea.

South Korean news service Newsis reported Moon called China and Korea "comrades who suffered the travails of modern history and overcame it," a reference to the countries' experience with war and colonialism.

"This is not only Korea's problem," Moon said at the Beijing University on Friday. "North Korea is China's neighbor and growing tensions pose a major threat to China's peace and development."

World News // 59 minutes ago
WHO advises those over 60 to avoid international travel due to Omicron
Dec. 1 (UPI) -- Amid spread of the new Omicron variant of the coronavirus, the World Health Organization has issued new advice urging some people, including those over 60, to not travel. 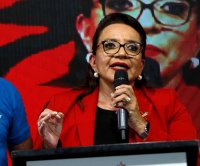 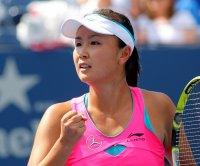