Oil prices in North Korea dip due to imports from Russia 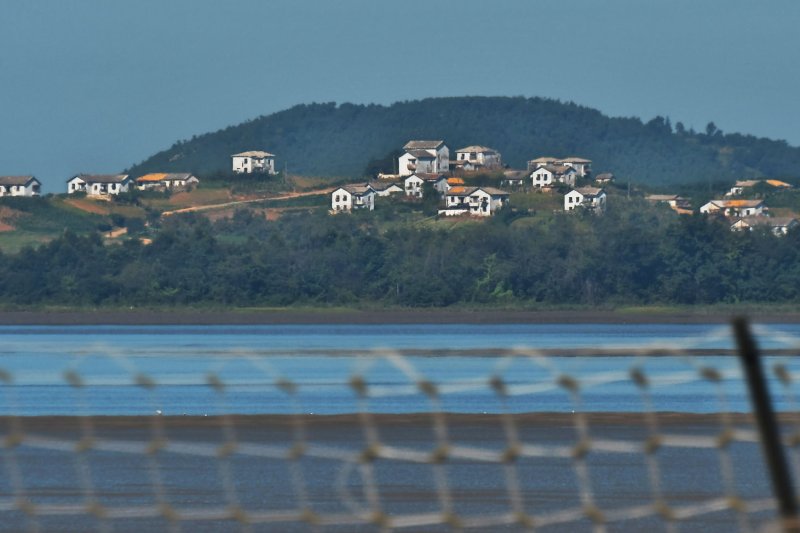 Imports from Russia are believed to be lowering fuel prices in North Korea. File Photo by Keizo Mori/UPI | License Photo

The U.S. based broadcaster cited a report by Asia Press International, saying that a kilogram of diesel had recently dipped by more than 60 percent on month to 6,765 North Korean won, which amounts to less than a dollar.

The price of gasoline was also lower, costing less than $2, down by 25 percent from the previous month.

The report attributed the tumbling prices to large volumes of fuel imported from Russia, despite United Nations sanctions aimed to cut the North's oil imports.

Following the regime's sixth nuclear test in September, the United States wanted a ban on all oil flowing into Pyongyang.

However, the U.N. Security Council resolution 2375 resorted to capping the regime's fuel imports by 30 percent, to secure support from Moscow and Beijing, which hold political and economic ties with the North.

Russia's trade with North Korea in the first quarter of this year more than doubled from a year earlier, hitting $31.4 million.

Also, some 40,000 North Koreans are working in Russia to earn foreign currency for the regime.

Some of them had also extended their working contracts into long-term ones before the resolution was adopted in September.

World News // 2 hours ago
Brother denies killed South Korean official had planned to defect
SEOUL, Sept. 29 (UPI) -- The brother of the South Korean fisheries official killed last week by North Korean soldiers criticized the government's response to the incident on Tuesday and denied allegations that his brother had intended to defect.

World News // 20 hours ago
Lebanon's fate linked to regional settlement
BEIRUT, Lebanon, Sept. 28 (UPI) -- Lebanon, stuck in an uphill struggle between the United States and Iran, will have to wait for a settlement in the region to regain some political and economic stability and deal with the growing influence of Hezbollah.

World News // 20 hours ago
64 nations vow to aid threatened animals in post-COVID-19 plans
Sept. 28 (UPI) -- Leaders in more than 60 nations pledged Monday to preserve threatened and endangered species by including concerns about climate change and biodiversity in their COVID-19 recovery strategies.

World News // 21 hours ago
South Korean labor unions agree to wage freezes
SEOUL, Sept. 28 (UPI) -- COVID-19 is having such a profound effect on South Korea's economy that even labor union members are agreeing to freeze wages at major conglomerates.

World News // 1 day ago
Judge rules Uber 'fit and proper' to operate in London
Sept. 28 (UPI) -- A London judge on Monday ruled that ride-share giant Uber can operate in the city, following months of legal gridlock.