Hundreds of supporters of the National Party of Honduras march in Tegucigalpa to express their support for incumbent President Juan Orlando Hernandez. Photo by Gustavo Amador/EPA

Soldiers and police confront supporters of opposition candidate Salvador Nasralla during a protest at the electoral data center in Tegucigalpa, Honduras. Photo by Gustavo Amador/EPA

Nov. 30 (UPI) -- Tensions between the top two candidates in Honduras' presidential election is rising, with both sides claiming victory and the vote count dragging on.

Nasralla's early lead quickly disappeared as vote counters discovered the two were separated by a tenth of a percent -- Hernandez at 42.11 percent and Nasralla at 42.21 percent, with more than 80 percent of the ballots counted.

Nasralla, a television personality with little political experience, urged supporters to celebrate in the streets of Tegucigalpa Tuesday, declaring "We've already won." His supporters shouted slogans inferring election fraud. Outside the tribunal headquarters, they burned banners bearing the face of the president.

The challenger further pressed tensions by telling supporters Wednesday he would not accept "the results of the cheating system of the electoral court."

The head of the electoral court, David Matamoros, said the final results would not be revealed as planned due to computer failure.

"We apologize to the people of Honduras for the situation that has been presented," Matamoros said. "In almost all elections there are faults in the system, but never at a critical time."

It's unclear whether either candidate will accept the final count, if they lose. Officials said they expect to declare a winner Thursday.

Nasralla supporters already believe the members of the electoral tribunal -- who were appointed to the job by Hernandez's National Party -- manipulated results in favor of the president.

"The only one that can defend these votes is the Honduran people," Nasralla said.

One fear that's arisen from the ordeal is whether Hernandez chooses to suppress demonstrations.

"He could militarize," Rosemary Joyce, an anthropology professor at the University of California, Berkeley told the Los Angeles Times. 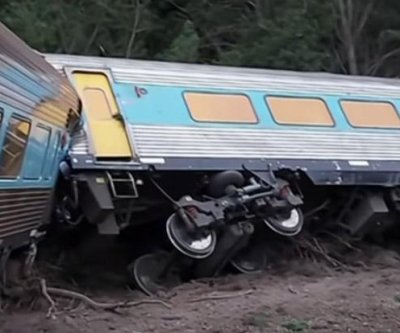