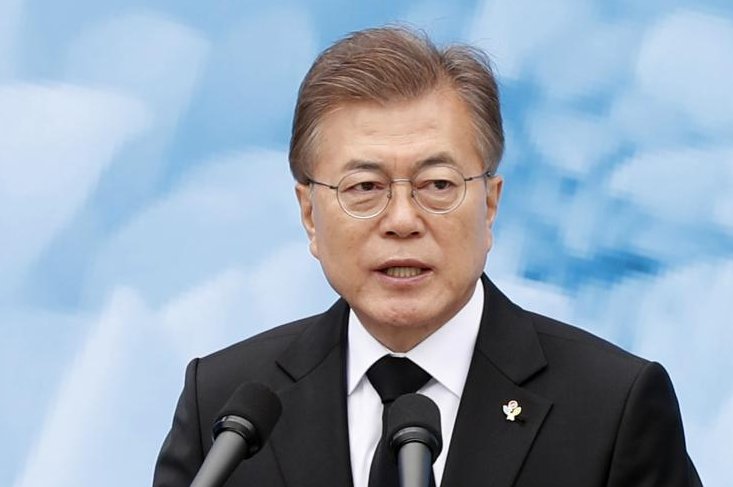 Moon, who has visited the cemetery reserved for war veterans, said the "ironclad" alliance stands against North Korea provocations.

"With an ironclad U.S.-South Korea alliance, now more than ever the [South Korean] government is responding strongly to North Korea provocations," the South Korean leader said. "In close coordination with the international community the highest level of sanctions and pressure are being placed into effect."

"We will block all North Korea provocations at all costs," he added.

The South Korean president also said the crisis on the peninsula is growing, but "our desire for peace will not be broken."

Moon was speaking at a memorial for soldiers who died while fighting enemy troops at the Battle of Chosin Reservoir, an early North Korea campaign of the 1950-53 Korean War.

The campaign managed to force the 1st Marine Division of the U.S. X Corps to evacuate to South Korea, but the Marines fought their way down a rickety country road through several mountain passes before they reached ships at the coast.

Moon said the U.S. troops then played a critical role in evacuating 100,000 refugees, including his parents, to safety in the South.

"My parents were refugees who were rescued in the Hungnam evacuation," Moon said. "I express my respect and gratitude to the warriors of Changjin."

U.S. President Donald Trump is scheduled to meet with Moon in two weeks, more than four months after the two leaders met in Washington, D.C., for their first summit.

World News // 1 hour ago
Beirut traumatized by port blast, lack of justice a year later
BEIRUT, Lebanon, Aug. 4 (UPI) -- A year after an explosion at the Port of Beirut devastated much of the city, survivors and families of victims remain traumatized -- as much by a lack of accountability as their visceral memories of the violence.

World News // 4 hours ago
WHO chief urges wealthy nations to pause COVID-19 vaccine boosters
Aug. 4 (UPI) -- The head of the WHO on Wednesday called on wealthier countries to stop allowing people who are fully vaccinated to receive booster COVID-19 shots and instead send those doses to poorer nations.

World News // 6 hours ago
At least 8 dead from Taliban car bomb that targeted Afghan defense minister
Aug. 4 (UPI) -- At least eight people have been killed in new fighting in Afghanistan that's been stirred by a resurgent Taliban motivated by the withdrawal of U.S. forces, officials said Wednesday. 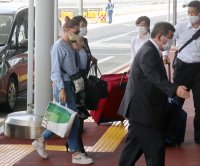 World News // 8 hours ago
Fearful of returning home, Belarus Olympic sprinter leaves Tokyo for Austria
Aug. 4 (UPI) -- Belarusian sprinter Krystsina Tsimanouskaya left Tokyo on Wednesday for Poland, by way of Austria, after days of trying to secure asylum out of fear that she'd be in danger if she returns to her home country.
Advertisement