Oct. 11 (UPI) -- Kenya's Supreme Court ruled Wednesday that the presidential election scheduled for later this month will go forward -- even though the major opposition candidate has left the race.

The high court allowed the name of a minor candidate, Ekuru Aukot of the Thirdway Alliance Party, to join incumbent President Uhuru Kenyatta on the ballot to ensure a credible election occurs.

In August, Kenyatta defeated primary opposition leader Raila Odinga, leader of the National Super Alliance, in the original election. However, that vote was annulled by the high court because of voting irregularities.

Tuesday, Odinga dropped out of the race -- saying election reforms he'd demanded were not done.

"We have said and we continue to say that we will not participate in the elections if the environment is not conducive for a free and fair election," Odinga said. "We have come to the conclusion that there is no intention on the part of [election officials] to undertake any changes to its operations and personnel. All indications are that the election ... will be worse than the previous one."

The court elevated Aukot, who ran in the August election, to the level of major candidate in the October vote to preserve the constitutional mandate of an election. It is unclear if Aukot intends to continue his presidential run.

In Nairobi on Wednesday, Odinga said election officials stalled on actions, "creating an illusion of motion without movement." Kenya's election commission has said that necessary reforms were made.

Wednesday, the country braced for street protests in Nairobi and Kisumu after Odinga called for demonstrations. Protesters threw stones and were met with police tear gas.

Tension between Kenyatta's ruling Jubilee Party and Odinga's opposition party have risen since the initial August election. Kenya's 2013 presidential vote was relatively peaceful, but over 1,100 died in protests following the vote in 2007.

The controversy added another element of uncertainty to Kenya's economy, which is slowing after a drought. The country is East Africa's largest economy and the world's largest tea grower, as well as a major manufacturing hub.

World News // 4 hours ago
Drone attack at Iraq airport aimed at U.S. troops, officials say
April 15 (UPI) -- A drone attack has targeted an airport in northern Iraq, and government officials believe the strike was aimed at U.S. forces who were using part of the facility.

World News // 5 hours ago
Tsai Ing-wen signals cooperation during meeting with Biden's emissaries in Taiwan
April 15 (UPI) -- Taiwanese President Tsai Ing-wen said she is willing to work with "like-minded countries" during a meeting with U.S. delegates.

World News // 7 hours ago
Japanese official says canceling Tokyo Olympics still a viable option
April 15 (UPI) -- With less than 100 days to go before the start of the Summer Olympics in Tokyo, a Japanese official said Thursday that the Games could realistically be canceled if surging COVID-19 cases aren't brought under control. 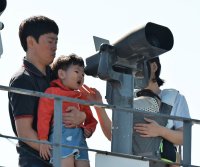 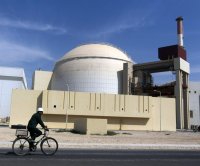