Maria, again a hurricane, moving away from North Carolina 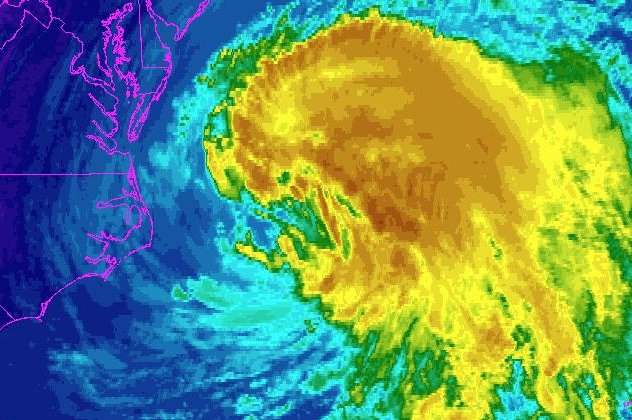 Hurricane Maria was expected to move northeast away from the U.S. coast. Image courtesy NOAA

The National Hurricane Center's 5 p.m. advisory said the storm had maximum sustained winds of 75 mph and was moving north-northeast at 7 mph. The eye of the storm was about 205 miles east-northeast of Cape Hatteras, N.C.

A Category 4 hurricane when it struck Puerto Rico last week, Maria briefly was reduced to a tropical storm Tuesday for the first time in 10 days. It regained wind speed as it traveled over the Atlantic Ocean, and again qualified as a Category 1 hurricane Wednesday.

"On the forecast track, Maria will move away from the coast of North Carolina through Thursday," the NHC added. The hurricane is expected to continue east-northeast through Friday.

Wind gusts of up to 55 mph were recorded along the North Carolina shore.

Hurricane Lee formed 1,200 miles to the east of Maria. Although it is a Category 3 hurricane with winds of 115 mph, it is regarded as a small storm. Its tropical storm-force winds extend only 50 miles from its center, making it one-quarter of the size of Hurricane Maria. Lee is not currently near land and is expected to remain in open water.

The National Hurricane Center expects Hurricane Maria to continue back out to sea. Image courtesy of NHC

World News // 46 minutes ago
Attorney: U.S. case against Huawei's Meng is 'a facade'
Jan. 21 (UPI) -- A Canadian court has begun hearing arguments in the high-profile case of a senior Huawei executive fighting against extradition to the United States.