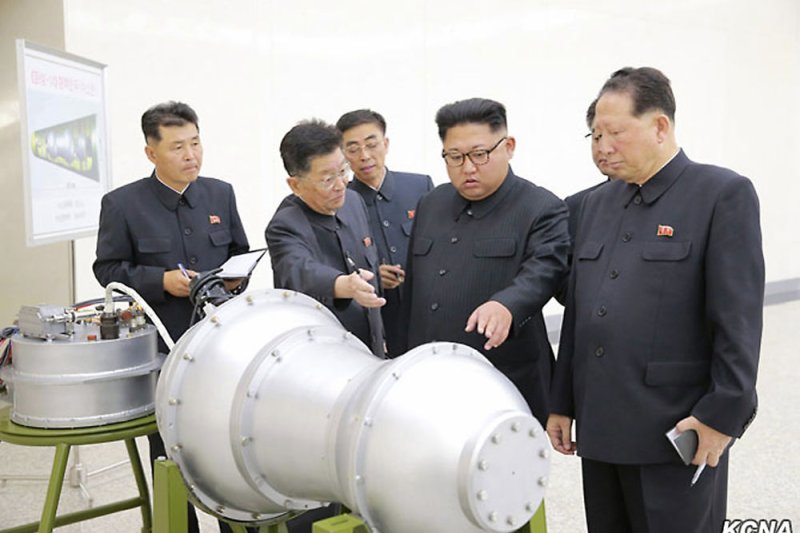 North Korea’s sixth nuclear test has prompted the United Nations Security Council to pass tough sanctions against Pyongyang, a measure that was condemned by a Pyongyang diplomat on Tuesday. File Photo by KCNA | License Photo

North Korean Ambassador Han Tae Song denounced the sanctions in the "strongest terms" during a U.N. conference on disarmament on Tuesday, Yonhap reported.

Han also said North Korea refuses to recognize the resolution of the Security Council because it has "no legal basis."

Sanctions Resolution 2375 also cuts back oil exports to the regime by 30 percent.

At the conference in Geneva, South Korea, the United States and Japan said they welcomed the Security Council's sanctions and repeatedly urged North Korea to hold talks, according to Yonhap.

North Korea has warned it would retaliate against new sanctions, and experts say the reprisal could come in the form of a cyberattack.

Japanese newspaper Asahi Shimbun reported Tuesday Kim Jong Un is likely preparing a breach of computers that belong to the governments of Japan, the United States and South Korea.

The Asahi quoted cybersecurity expert Lim Jong-in of Korea University, who told the newspaper the probability of a cyberattack is "high."

"A cyberattack on public infrastructure could deliver a huge blow to the people," Lim said.

According to Seoul's defense ministry, North Korea retains about 6,800 agents in its cyber operations department.

The Asahi reported Pyongyang continues to develop more sophisticated forms of cyberattacks, and could be developing a new virus.