Aug. 24 (UPI) -- North Korea may have been launching cyberattacks against South Korean virtual currency exchanges in the face of heavier economic sanctions.

The CWIC Cyber Warfare Research Center in South Korea stated a domestic exchange for bitcoin, the worldwide cryptocurrency and digital payment system, has been the target of an attempted hacking, Radio Free Asia reported.

Other targets include South Korean financial technology companies and smaller businesses that use online financial tools, according to the report.

CWIC's Simon Choi said it is "not only one or two exchanges where attack attempts have been made."

"Startups that use blockchain, financial technology sector companies as well as others, may have been the target" of hacking emails, Choi said.

Blockchain is a public ledger of all cryptocurrency transactions.

The emails would be sent to the employees of targeted firms.

Opening the emails and reading its contents would provide an opportunity for attached malware to be planted inside the company's computer network, according to Choi.

The emails would often claim the sender represented a government authority, such as South Korea's fair trade commission.

Other times the emails would include resumes from "job seekers."

According to CWIC, the malicious code attached to the emails was identical to viruses of North Korean origin.

Professor Lim Jong-in of the Graduate School of Information Security at Korea University said North Korea is attempting to hack online currency exchanges because "you can conceal the identity of the virtual money owner...while securing a new source of foreign currency."

North Korea has condemned the sanctions that have been adopted at the United Nations Security Council, as well as the unilateral U.S. sanctions imposed on Pyongyang by the U.S. Treasury.

Speculation is rising, however, the Trump administration may be signaling renewed interest in starting bilateral dialogue with North Korea.

President Donald Trump told supporters in Arizona that his North Korea policy may be working and North Korea's Kim Jong Un has "started to respect" the United States.

World News // 3 hours ago
British carrier EasyJet to cut up to 30% of total workforce
May 28 (UPI) -- EasyJet said Thursday it plans to cut 4,500 jobs, roughly a third of its entire workforce, as it moves to withstand the economic impact of the coronavirus on the airline industry.

World News // 17 hours ago
Canadian judge OKs U.S. extradition case for Weng Wanzhou to proceed
May 27 (UPI) -- A judge in Canada ruled Wednesday that the United States can continue its fight to extradite a senior Huawei executive arrested in 2018 on conspiracy and fraud charges. 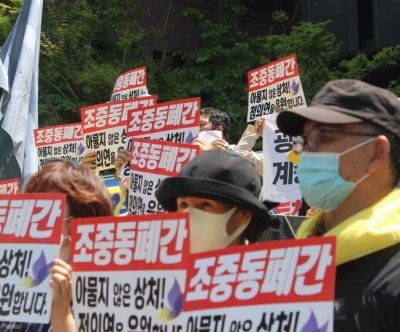 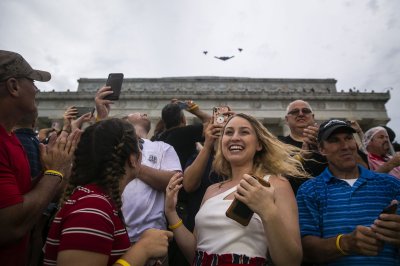