"Lethal autonomous weapons threaten to become the third revolution in warfare. Once developed, they will permit armed conflict to be fought at a scale greater than ever, and at timescales faster than humans can comprehend," the letter said. "These can be weapons of terror, weapons that despots and terrorists use against innocent populations, and weapons hacked to behave in undesirable ways."

The letter was signed by 116 founders of robotics and artificial intelligence companies from 26 countries. They added: "We do not have long to act. Once this Pandora's box is opened, it will be hard to close. We therefore implore the High Contracting Parties to find a way to protect us all from these dangers."

Concern about lethal autonomous weapons has been a topic of interest at the UN lately, which recently voted to begin formal discussions on enhancing policy regarding them.

In December, 123 member nations of the UN's Review Conference of the Convention on Conventional Weapons unanimously agreed to begin formal discussions on autonomous weapons. But only 19 have called for a complete ban.

"Once these weapons exist, there will be no stopping them. The time to act on a pre-emptive ban is now," said Steve Goose, arms director of Human Rights Watch. 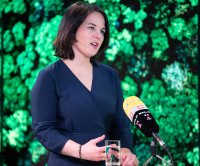