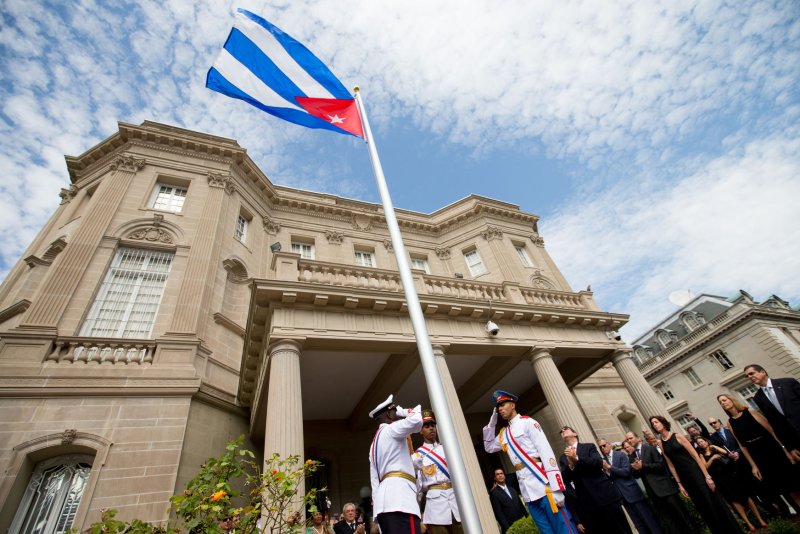 Cuban Foreign Minister Bruno Rodriguez (R) applauds with other dignitaries after raising the Cuban flag over their new embassy in Washington on July 20, 2015. In May, two Cuban diplomats in Washington, D.C., were expelled after an alleged "acoustic attack" on U.S. officials in Havana. Pool Photo by Andrew Harnik/UPI | License Photo

Aug. 10 (UPI) -- U.S. law enforcement and Cuba's Ministry of Foreign Affairs are investigating an incident in which two Cuban diplomats allegedly used a device in an "acoustic attack" on American officials in Havana, senior officials with both countries said Thursday.

A senior federal law enforcement official told NBC News that agencies are probing what appears to be an attack using ultrasound energy. The State Department's office of Diplomatic Security is leading the investigation and the FBI is helping.

On Wednesday, State Department spokeswoman Heather Nauert said the two Cuban diplomats were expelled from the United States over the allegations.

"Some United States government personnel who were working at our embassy in Havana, Cuba, on official duties have reported some incidents which have caused a variety of physical symptoms," she said during a press briefing. "We don't have any definitive answers about the source or the cause of what we consider to be incidents.

Cuba's Ministry of Foreign affairs issued a statement Wednesday saying it too was investigating.

"Cuba took this issue with the utmost seriousness and acted expeditiously and professionally in order to clarify the facts of this situation, initiating a comprehensive, priority and urgent investigation on the indications of the highest level of the Cuban government," the statement said. "To this end, it conveyed to the United States Embassy the need for information-sharing and proposed to establish cooperation between the competent authorities of both countries."

State Department officials said one American employee in Havana may have permanent hearing loss from the alleged attacks in 2016. Several others experienced physical symptoms that resembled concussions while in Cuba.

The cause of the symptoms and method of attack is unknown.

"It can be quite serious," a State Department official said. "We have worked with the Cubans to try and find out what is going on. They insist they don't know, but it has been very worrying and troublesome."

The allegations of Cuba using sonic weapons to induce physical harm on American employees in Havana comes at a time of tension between the two countries. After former President Barack Obama loosened restrictions on travel to the island nation, President Donald Trump has threatened to roll them back and enforce tighter travel and trade restrictions.

"The Cuban government has a responsibility and an obligation under the Geneva convention to protect our diplomats," Nauert said. "Do that is part of the reason why this is such a major concern of ours."

World News // 16 hours ago
Australia, New Zealand, Japan deliver aid to Tonga in wake of volcano
Jan. 22 (UPI) -- Australia has delivered aid amid a shortage of drinking water in Tonga in the wake of a 4-foot tsunami after an underwater volcano exploded last week.

World News // 16 hours ago
Saudi-led coalition denies targeting prison in Yemen airstrikes
Jan. 22 (UPI) -- A coalition led by Saudi Arabia on Saturday denied allegations by the Houthi militia in Yemen that it was responsible for a series of airstrikes that killed dozens of people.

World News // 21 hours ago
U.S. delivers 'lethal' aid to Ukraine
Jan. 22 (UPI) -- The U.S. government delivered "lethal" aid to Ukraine as part of the first shipment of security assistance to defend against possible a Russian invasion, the U.S. Embassy in Kiev said. 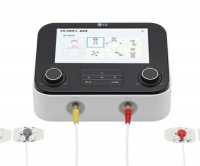