"They will be met with fire and fury like the world has never seen," President Donald Trump said.

North Korea said it is considering launching missiles in the vicinity of the U.S. territory of Guam after U.S. bombers -- along with Japanese and South Korean aircraft -- flew a mission over the Korean Peninsula on Monday. Photo courtesy the Pacific Air Force

Aug. 9 (UPI) -- The North Korean military on Wednesday threatened a missile strike near the U.S. territory of Guam, saying a recent bomber flight based from the island "may provoke a dangerous conflict."

A spokesman from the Strategic Force of the Korean People's Army told state-run Korean Central News Agency that the military is "now carefully examining the operational plan for making an developing fire at the areas around Guam with medium-to-long-range strategic ballistic rocket Hwasong-12."

The statement came early Wednesday North Korea time, hours after a U.S. intelligence analysis determined North Korea has made a nuclear warhead small enough to fit on a missile. Earlier in the day, President Donald Trump warned North Korea not to make any more threats against the United States. In July, North Korea said it would "strike a merciless blow" at the United States if Washington ever attempted to remove Kim Jong Un from power.

Guam is home to Anderson Air Force Base, from which two U.S. B-1B bombers deployed on a mission with the South Korean and Japanese air forces on Monday. The aircraft flew over Japanese airspace before passing over the Korean Peninsula.

North Korea's threat cited the mission, calling for a potential strike on "Anderson Air Force Base in which the U.S. strategic bombers, which get on the nerves of [North Korea] and threaten and blackmail it through their frequent visits to the sky above south Korea, are stationed and to send a serious warning signal to the U.S."

"The IC [intelligence community] assesses North Korea has produced nuclear weapons for ballistic missile delivery, to include delivery by ICBM-class missiles," the assessment states, as read to The Post.

The report comes after North Korea launched an improved ballistic missile with intercontinental range in July, Pyongyang's second missile launch in less than a month.

Analysts believed North Korea was years from miniaturizing a nuclear warhead, a technically demanding feat. It's unclear whether North Korea has successfully tested the new design, though last year Kim Jong Un's regime declared it had.

Earlier this month, the United States and the United Nations increased sanctions on North Korea over its nuclear activity.

On Tuesday, North Korea said it would take "physical action" in reaction to new U.N. sanctions.

"Packs of wolves are coming in attack to strangle a nation," a statement from Pyongyang carried by KCNA said. "They should be mindful that [North Korea's] strategic steps accompanied by physical action will be taken mercilessly with the mobilization of all its national strength."

"Assuming everything is true, including that intelligence assessment both existing and everything being accurate, there are still important unknowns," he told CNN.

World News // 34 minutes ago
South Korea trade official in the running for top WTO position
Sept. 18 (UPI) -- South Korea's minister for trade has advanced to the second round of elections in the World Trade Organization's search for its next chief. 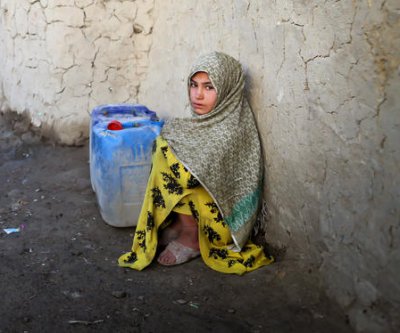