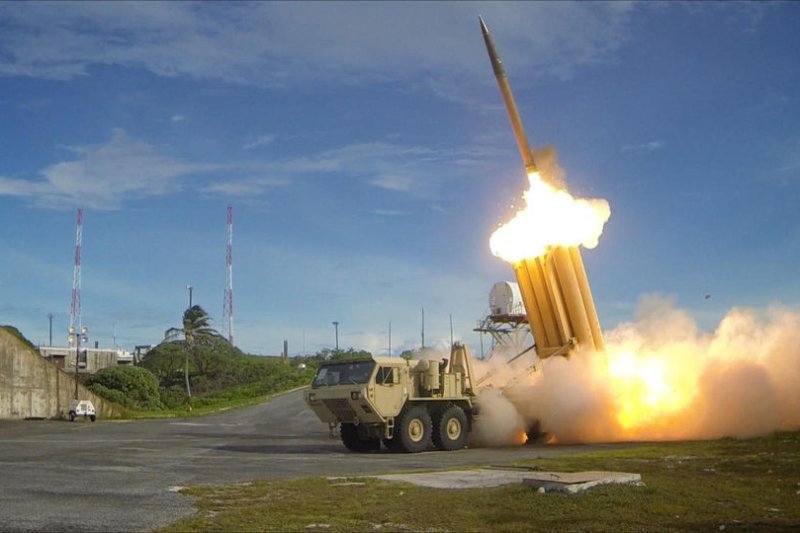 A new poll shows 62 percent of Americans support the use of U.S. troops in a conflict if North Korea invaded South Korea -- the highest support since the issue began being surveyed in 1990. File Photo by Ralph Scott/DoD/UPI | License Photo

Aug. 7 (UPI) -- A new poll by The Chicago Council on Global Affairs shows that more than 60 percent of Americans support using U.S. troops in a conflict if North Korea invades South Korea.

The CCGA said 62 percent of those questioned support deploying U.S. forces in that scenario -- compared to just 47 percent who answered that way in 2014 and 2015. This year's poll marks the first time more than half of respondents voiced support for involvement of U.S. forces since CCGA began polling the issue in 1990.

The survey also shows that about 90 percent of those questioned believe North Korea should not be allowed to create nuclear weapons, and that Americans overwhelmingly support sanctions against North Korea and businesses that do business with the hermit kingdom.

"While sanctions have yet to slow North Korea's progress, increasing sanctions is the option that receives the most support from the American public [76 percent]. On this, there is strong partisan agreement. While 84 percent of Republicans support this approach, 76 percent of Democrats agree," the CCGA wrote in a statement. "But there are partisan differences on these potential responses, most notably on airstrikes. A majority of Republicans [54 percent] support such airstrikes versus 33 percent of Democrats. Republicans [37 percent] are also more likely than Democrats [24 percent] to favor sending U.S. troops to destroy [North Korea's nuclear facilities]."

World News // 4 hours ago
Anti-oil protesters glue selves to 'Last Supper' painting at Royal Academy
July 5 (UPI) -- For the second day in a row a group of climate activists glued themselves to a painting at a London art museum Tuesday to protest oil and gas extraction.

World News // 5 hours ago
Hacker allegedly selling data of 1 billion people stolen from Shanghai police
July 5 (UPI) -- An anonymous hacker is selling what appears to be a massive trove of data pilfered from the Shanghai police that could include personal information from 1 billion Chinese nationals, according to reports.

World News // 6 hours ago
Germany fears for gas supply as Russia to shut down Nord Stream pipeline
July 5 (UPI) -- Russia is planning to shut down the Nord Stream 1 pipeline next week for annual maintenance, stoking fears in Germany that gas supplies could be severely impacted.

World News // 8 hours ago
Yum! Brands close to Russian exit with KFC sale almost complete
July 5 (UPI) -- Yum! Brands announced it is close to finalizing the sale of its Russian KFC franchises to a local operator. The KFC and earlier Pizza Hut sales would complete Yum's exit from Russia since its February invasion of Ukraine
Advertisement