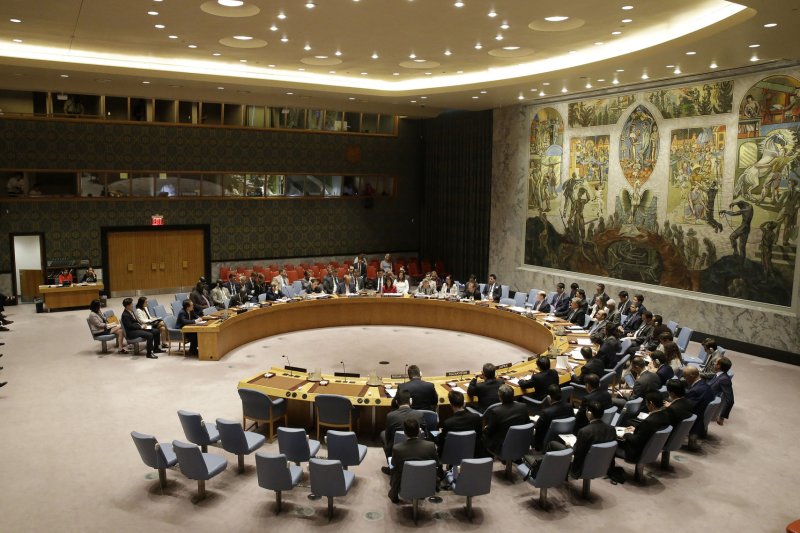 The U.S. delegation succeeded in negotiating the package with China and Russia, the two permanent members of the Security Council most hesitant to impose tougher measures against the Kim regime. A no-vote by either country would have prevented the sanctions from being imposed. In the end, all 15 member-nations of the Security Council voted in favor of the U.S.-authored resolution.

The sanctions impose tough new restrictions on North Korea's top exports, which bring in about $3 billion annually to help fund the communist government. Officials told CNN the sanctions could reduce that revenue by a third.

U.S. Ambassador to the U.N. Nikki Haley said the sanctions "put the North Korean dictator on notice" and represented a "strong, united step holding North Korea accountable for its behavior."

North Korea has tested two long-range missiles in recent months, evidence of its continued pursuit of the capability to deliver nuclear warheads to countries throughout the region. The missiles tested have the capability of reaching the United States, but they lack the reliability necessary to consider the North a viable nuclear threat in the region. Several of the rockets have detonated immediately after takeoff, though experts have cautioned the North is growing closer to developing a reliable long-range missile program.

The sanctions are not the first time the United Nations has attempted to cripple the North Korean regime. Past efforts have succeeded in damaging the nation's economy, but they have had little effect on the Kim dynasty's ironclad grip on power.