The second round of negotiations regarding Britain's withdrawal from the European Union ended Thursday in Brussels, with divisions noted by EU negotiator Michel Barnier (second from L) and British Bexit envoy Davis Davis (R). Photo by Thierry Carlier/EPA

July 20 (UPI) -- The European Union's Brexit negotiator called for more clarity as the second round of negotiations with Britain ended Thursday in Brussels.

"The first round was about organization, the second round about presentation, the third round must be about clarification," Michel Barnier said after the talks with David Davis, British Brexit envoy.

The discussions regarding the end of Britain's membership in the EU, as determined by a British referendum in June 2016, are viewed as a stalemate so far. The four-day meeting yielded little of substance, and neither side warmed to compromise, in what is regarded as a messy divorce, Bloomberg News said Thursday. Meanwhile European banks are making preparations to leave London and European companies are investigating contingency plans for a future in which Britain plays a minor role.

Still at issue are the role of the European Court of Justice, a free trade bill between Britain and the EU and citizens' rights, particularly the right of travel and residency. British officials raised the issue of the 3.5 million British citizens living in other EU countries; EU negotiators said they would not permit it without a reciprocal offer for European nationals living in Britain that would allow them to move to another EU country and later return to Britain.

The freedom of movement within the EU has been a sticking point; the referendum to leave the EU that was approved in Britain rested largely on issues that included non-British Europeans coming to work in Britain.

The EU is seeking guaranteed permission for European citizens to resettle in Britain after an indefinite period living in another country.

Davis said he was encouraged by the talks, but noted a division on the matter of use of the European Court of Justice. The EU wants the court to resolve disputes over citizens' rights, while the British insist that British courts should be the venue for a country no longer part of the EU.

The next round of negotiations is scheduled for August.

World News // 45 minutes ago
Knife 'terrorist attack' at Catholic church in Nice, France kills 3
Oct. 29 (UPI) -- At least three people were killed in the southern French city of Nice Thursday in what police and local officials describe as a terrorist attack by an assailant with a knife at a Catholic basilica. 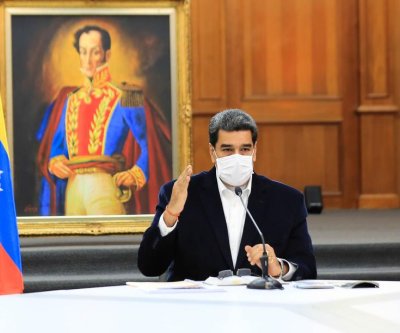 World News // 18 hours ago
North Korea defends Venezuela's Nicolas Maduro
Oct. 28 (UPI) -- North Korea state media delivered a veiled criticism of the United States in an article on the "situation in Venezuela," days after the United States threatened to destroy any Iranian missiles shipped there.

World News // 20 hours ago
More than a dozen candidates vie for presidency in Tanzania election
Oct. 28 (UPI) -- Tanzania opened polls on Wednesday in a presidential election that's viewed by many as a referendum on the leadership of President John Magufuli. 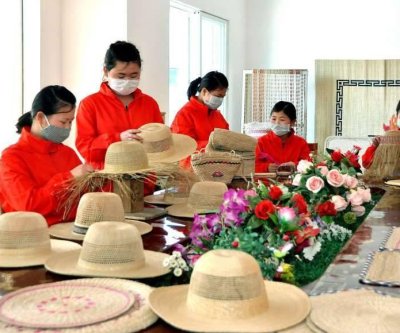 World News // 22 hours ago
More North Korea workers receive no pay amid sanctions, survey says
Oct. 28 (UPI) -- International sanctions on North Korea are taking a toll on ordinary North Koreans who earn no income even when they show up for work at factories, according to a new South Korean study.