U.S., Russia talks on seized properties end with no deal 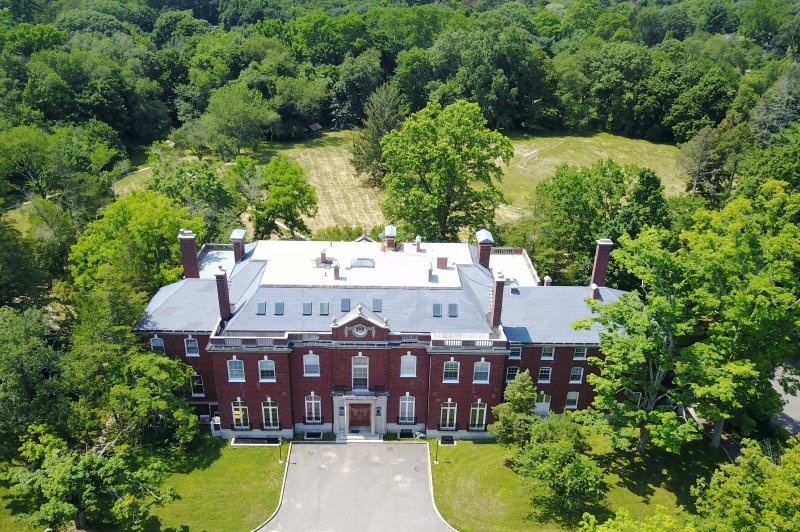 A Russian diplomatic compound on Long Island, N.Y., was one of two properties seized by the United States in connection with suspected Russian meddling of the U.S. presidential election. Talks between the two nations Monday ended with no deal on returning the two properties. Photo by Andrew Gombert/EPA

July 18 (UPI) -- The United States has refused to return two seized diplomatic compounds to Russia, which said it "reserves the right to retaliate based on the principle of reciprocity" after a meeting between the two countries ended without a deal.

U.S. Undersecretary of State Thomas Shannon and Russian Deputy Foreign Minister Sergei Ryabkov failed to break the deadlock at talks Monday in Washington, according to statements by both nations Tuesday.

"The two officials continued to look for ways to resolve pending issues, specifically regarding the illegal seizure of Russian property in the United States by the Barack Obama administration," according to a news release from the Russian Ministry of Foreign Affairs. "Russia stressed that if Washington does not address this and other concerns, including persistent efforts to hinder the operation of Russia's diplomatic missions, Russia has the right to take retaliatory measures in accordance with the principle of reciprocity."

The U.S. State Department, in its statement, said the talks were "tough, forthright and deliberate, reflecting both parties' commitment to a resolution. The United States and Russia seek a long-term solution that would address areas of bilateral concern that have strained the relationship. The talks reflected a spirit of goodwill, but it is clear that more work needs to be done."

On Monday, the Kremlin announced any conditions attached to the return of two seized Russian compounds in the United States were unacceptable.

In December, then-President Barack Obama expelled 35 Russian diplomats and shut down the two compounds in New York and Maryland in response to the alleged hacking of the presidential election that U.S. intelligence agents blamed on Russia.

Donald Trump, then the president-elect, described Putin's decision at the time on Twitter as a "great move" and said "I always knew he was very smart!"

On July 7, President Vladimir Putin raised the issue with Trump when they met for the first time at the G20 summit in Hamburg, Germany this month.

White House adviser Sebastian Gorka, during a CNN interview last week, said that the administration is considering accommodating Russia's demands because officials "want to give collaboration" a chance.

Two bipartisan groups of senators have written letters to the Trump administration, urging them not to return the compounds. Senators in those groups include Republicans Marco Rubio, Lindsey Graham and Johnny Isakson.

The compounds were located at a former governor's mansion near Oyster Bay on Long Island and a 45-acre compound on the Corsica River in Maryland.

Russian Foreign Ministry spokeswoman Maria Zakharova told Bloomberg that because of the seizure, children of Russian diplomats no longer can have their annual summer camps and weekend breaks. She also rejected reports that American agents had discovered dismantled antennas, computers and other spy equipment at the compounds.

"The longer the Americans persist, the less chance there'll be of finding a solution that won't also infringe on their interests," Ryabkov said Tuesday, according to the RIA Novosti news service.

World News // 15 hours ago
Finland announces nation will apply to join NATO; Sweden backs membership
May 15 (UPI) -- Sweden's governing Social Democratic Party announced Sunday that it would vote in favor of joining NATO hours after Finland said it would apply to do the same.