The United States said 1,662 civilians were killed and 3,581 injured during the first six months of 2017 in Afghanistan. Photo by Hedayatullah Amid/EPA

Between Jan. 1 and June 30, there 1,662 civilians killed -- a 2 percent increase above the previous record over the same time last year, according to the U.N. mid-year report. Also, 3,581 people were injured this year, a 1 percent decline from 2016.

"The human cost of this terrible conflict in Afghanistan -- loss of life, destruction and immense suffering - is far too high," Tadamichi Yamamoto, the secretary-general's special representative for Afghanistan, said in a statement Monday. "The continued use of indiscriminate, disproportionate and illegal improvised explosive devices is particularly appalling and must immediately stop."

On May 31, a truck bomb killed 92 civilians and injured 491 in Kabul -- the deadliest incident documented by U.N. Assistance Mission in Afghanistan since 2001.

Among women, 174 were confirmed killed and another 462 injured -- an overall rise in casualties of about 23 percent and reversing a decline documented last year.

Child fatalities increased to 436 deaths, a 9 percent increase. Also there were 1,141 injuries among children.

In the release, the United Nations noted pressure-plate improvised explosive devices and aerial operations in civilian-populated areas led to substantial increases in women and child casualties.

The UNAMA report noted 40 percent of all civilian casualties were due to anti-government forces using IEDs.

UN Mission said its figures only include incidents confirmed after a thorough verification process and the actual figures could be higher.

"The statistics in this report, horrifying though they are, can never fully convey the sheer human suffering of the people of Afghanistan," U.N. High Commissioner for Human Rights Zeid Ra'ad Al Hussein said in a statement. "Each one of these casualty figures reflects a broken family, unimaginable trauma and suffering, and the brutal violation of people's human rights.

"Many Afghan civilians are suffering psychological trauma, having lost family and friends, and are living in fear knowing the risks they face as they go about their daily lives. Many more have been forced from their homes and suffered lasting damage to their health, education and livelihoods."

World News // 5 hours ago
Airstrike kills dozens in Tigray region of Ethiopia
June 23 (UPI) -- An airstrike on a crowded market in northern Ethiopia on Tuesday killed at least 80 people and injured 43 others, the United Nations and witnesses said. 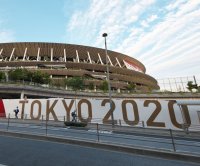 World News // 9 hours ago
Organizers bar consumption, sale of alcohol at Tokyo Summer Olympics
June 23 (UPI) -- With one month to go before the start of the postponed 2020 Summer Olympics in Tokyo, organizers are planning to unveil rules against several things to mitigate COVID-19 infections at the Games -- including no alcohol.

World News // 14 hours ago
Lebanon may need a savior, but it likely won't be Syria this time
BEIRUT, Lebanon, June 23 (UPI) -- Lebanon, which has for decades relied on outside powers to help solve its problems, is again waiting for "a savior" to pull it from its worst political and financial crisis since the 1975-90 civil war.

World News // 20 hours ago
Wassily Kandinsky painting thought lost for 70 years sells for $1.4M
June 22 (UPI) -- A watercolor painting by Russian artist Wassily Kandinsky believed to be lost for more than seven decades has sold at auction for $1.4 million. 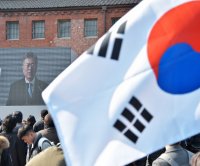