UNESCO's World Heritage Committee ended its convention in Warsaw, Poland, Thursday without including Australia's Great Barrier Reef on its "List of World Heritage in Danger" list. The living coral reef has been bleached by oxygen starvation caused in part by rising ocean temperatures. Photo by Wagsy/Shutterstock

July 6 (UPI) -- A UNESCO committee omitted Australia's Great Barrier Reef from its list of world heritage sites it considers to be in danger, a move the government welcomed but conservationists questioned.

The World Heritage Committee, meeting in Warsaw, Poland, was expected by some to include the reef on its warning list. The reef is a 1,400-mile stretch of colorful living coral on Australia's northeastern coast currently being bleached white by oxygen starvation because of weather events and elevated water temperatures.

The list currently identifies 55 natural and man-made sites around the world in jeopardy of destruction, and inclusion on the list typically provides publicity and access to funding for purposes of conservation.

The committee noted "serious concern" over the condition of the reef, which the Australian government values at $42 billion billion; it employs 70,000 people, largely through tourism. The committee called for a report on the reef's condition by 2019, but did not include it on the "in danger" list.

UNESCO said Australia has taken significant steps through its "Reef 2050" plan to preserve the reef, but it criticized the slow progress in improving water quality. Australian Environment Minister Josh Frydenberg said the UNESCO ruling was an endorsement of the country's preservation plans.

"We are taking every action possible to ensure this great wonder of the world stays viable and healthy for future generations to come," Frydenberg said.

Anna Marsden of the Great Barrier Reef Foundation said, "We welcome this decision from UNESCO which recognizes much is being done to reduce pressures on the Great Barrier Reef. However, with so much to lose, more needs to be done. It is clear everyone must step up and do more to protect our global treasure." 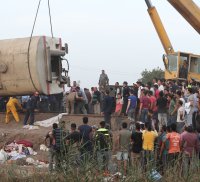 World News // 16 hours ago
At least 11 dead, 98 injured in Egypt train crash
April 18 (UPI) -- Egypt's Ministry of Health and Population said at least 11 people died and 98 more were injured after a train derailed near the city of Toukh, north of Cairo on Sunday. 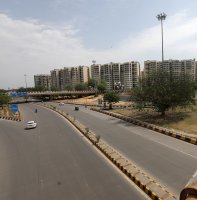 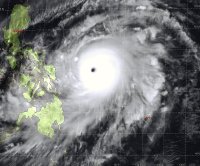