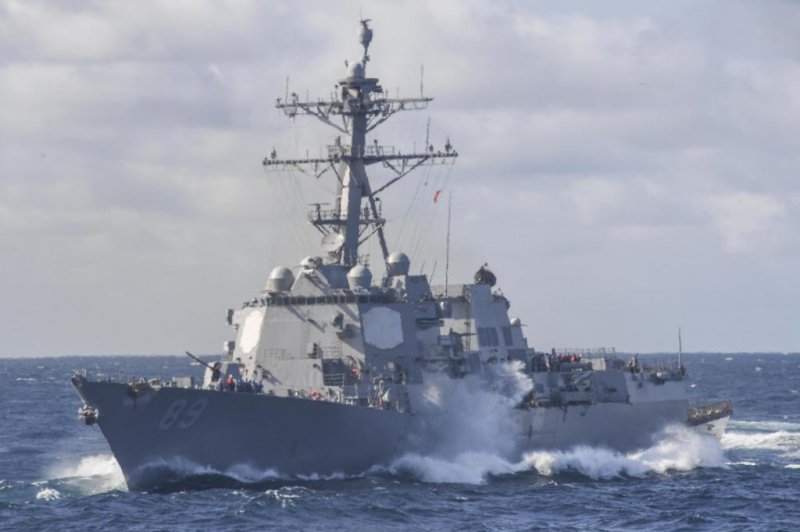 "It is important to keep in mind such actions would bring about greater disaster," the newspaper stated on Thursday.

The forces concluded mock bombing exercises at the Pulsing Range in South Korea's Gangwon Province, situated across the border with North Korea.

After trespassing into North Korean economic waters, the Mustin carried out a surveillance mission, KCNA stated.

"On [Tuesday] the U.S. imperialists dragged in the U.S. invasion forces' Aegis-type Mustin to Korea's East Sea, from its mother port in Yokosuka, Japan," the statement read. "It trespassed more than [120 miles] into our economic zone and wandered around while conducting espionage and taking decisive action to create a serious military provocation."

As of Thursday the U.S. Navy has not issued a statement on the deployment of the USS Mustin near the peninsula.

"That U.S. imperialist nuclear strike measures are being swept into South Korea to target us, while conducting a series of exercises for nuclear war, then openly invading our economic waters are eventually actions that we cannot just pass by," North Korea stated.

North Korea warned of "U.S destruction" if it carries our further provocations.

Correction: An earlier version of this article did not identify the zone as North Korea's economic waters.