The Old City is last Mosul district in which the Islamic State has full control. Iraqi Federal Police Comdr. Mahmood Saed told Rudaw he believes Mosul will be completely freed from Islamic State control in the coming days.

The United Nations estimates up to 100,000 civilians are trapped in the densely populated Old City. Iraq has called on civilians for weeks to flee the district if they could do so safely.

Iraq launched its military offensive to retake western Mosul from the Islamic State on Feb. 19. The offensive to retake Mosul began Oct. 17, led by Iraqi security forces and aided by the Kurdish Peshmerga, a Shiite-led militia, and the U.S.-led international coalition. Iraq captured east Mosul in late January. 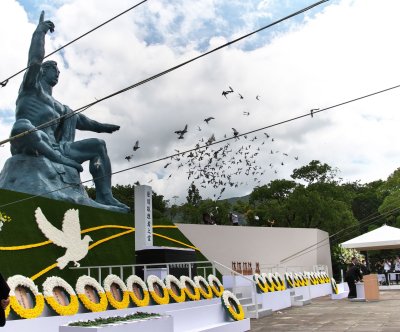 World News // 14 hours ago
Nagasaki calls for end to nukes 75 years after bombing
Aug. 9 (UPI) -- The mayor of Nagasaki called for Japan's government to join an international treaty banning nuclear weapons Sunday, 75 years after the city was struck by an atomic bomb.