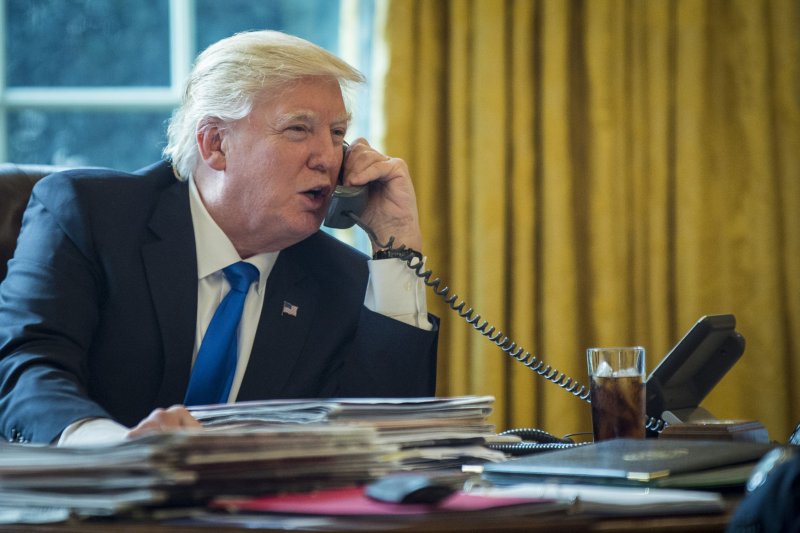 The call lasted 30 minutes and was the first conversation Moon Jae-in had with a world leader since his inauguration on Wednesday, Yonhap reported.

Moon said the alliance with Washington is his top priority.

Trump said the relationship is not simply good, but great, and that their two presidential election victories should be celebrated together, according to the report.

But differing viewpoints may soon surface between the two leaders.

Moon has said he would "go to Pyongyang if conditions are met" during his inaugural address, and had proposed the reopening of a jointly operated factory park in the right circumstances.

Some of those goals would collide with those of the Trump administration, which is seeking to place more economic sanctions on North Korea to pressure Pyongyang to give up its nuclear weapons.

Moon and Trump may also disagree on the U.S. missile defense system THAAD.

RELATED North Korea tied to cyberattacks on banks in 30 countries

Trump had said Seoul should pay $1 billion for the system, which has already been deployed, but Moon had said the deployment should be scrutinized or reviewed.

Moon also called China's Xi Jinping on Wednesday and spoke to the Chinese leader for 40 minutes.

The phone call went smoothly despite some conversation about THAAD, according to Yonhap.

Beijing has asked the deployment be canceled because of THAAD's powerful radar and regional surveillance capabilities.

World News // 5 hours ago
U.S. diplomat elected to lead U.N. IT agency over Russian official
Sept. 29 (UPI) -- American Doreen Bogdan-Martin beat out a Russian official on Thursday, to become the next secretary-general of the International Telecommunication Union.

World News // 6 hours ago
Report: More than 1,700 environmental activists targeted and killed over the past decade
Sept. 29 (UPI) -- Nearly 2,000 environmental activists were systematically killed over the past decade for threatening to expose corruption in some of the world's most profitable industries, according to a new report by Global Witness.

World News // 7 hours ago
Queen Elizabeth II's cause of death confirmed as old age
Sept. 29 (UPI) -- Queen Elizabeth II died of old age, according to her death certificate, released Thursday in Scotland. She was 96.