Report: China detained American on charges of spying for FBI

April 27 (UPI) -- China detained a U.S. citizen in the fall of 2016 on charges of spying on behalf of the Federal Bureau of Investigation, but the arrest was not made public until Wednesday.

China's state security agency made the arrest and charged Li with collecting information, following orders from the FBI.

Li's case has been handed over to Shanghai Municipal People's Prosecutor's Office, and the American faces severe punishment, the source said.

The death penalty is one possibility. According to Chinese law, executions are one form of punishment for spying activities that are regarded as a threat to national security.

Sing Tao's source said Chinese authorities claim Li traveled to China from the United States, under the pretext of conducting business, from 2010 to the time of his arrest.

Li gained access to defense research institutes where he collected his data, according to the allegations.

Li immigrated to the United States from China in the '80s to pursue his studies in California. He eventually settled in New York where he began a trading business, specializing in defense products, the source said.

The U.S. citizen visited several defense research institutes in Shanghai and Tianjin before he was apprehended, according to the report.

The news comes at a time China has convicted another American, Sandy Phan-Gillis, of spying.

Phan-Gillis was sentenced to three and a half years in prison by a court in Nanning, the BBC reported Wednesday.

The Houston businesswoman was arrested in March 2015 and has been in detention since that time.

Her family has said she is innocent.

World News // 13 hours ago
Japan mulls emergency extension as groups report setbacks
March 3 (UPI) -- Japanese government officials are in agreement over a potential extension of a COVID-19 state of emergency, as cases continue to rise in areas like Tokyo. 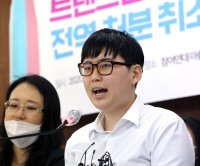 World News // 17 hours ago
North Korea may have mentioned 'opinion-driven' Twitter in newspaper
March 3 (UPI) -- U.S. social media platform Twitter may have been mentioned in North Korean state media, possibly for the first time, in an article that described in detail the role of the network in delivering "opinions and news."

World News // 18 hours ago
North Korea expected to resume trade at China border, research says
March 3 (UPI) -- North Korea could be resuming low volumes of trade with the outside world as early as April.