Venezuela threatens to withdraw from OAS

Venezuelan Foreign Minister Foreign Minister Delcy Rodríguez on Tuesday said she would withdraw Venezuela from the Organization of American States if the bloc holds a meeting on the South American country's crisis without approval. The OAS Permanent Council on Wednesday is scheduled to hold a meeting on whether the OAS will hold a meeting with foreign ministers over Venezuela. File Photo by Miguel Gutierrez/EPA

April 26 (UPI) -- Venezuelan Foreign Minister Delcy Rodríguez said she would withdraw Venezuela from the Organization of American States if the bloc holds a meeting on the South American country's crisis without approval.

Rodríguez's comment comes as Venezuela amid nearly a month of pro-government and anti-government protests that has led to at least 26 deaths.

With President Nicolas Maduro's consent, Rodríguez said Venezuela would withdraw from the Washington, D.C.,-based OAS if the foreign ministers meet.

"After performing a meeting of foreign ministers of the OAS, which does not have our endorsement with the consent of the Venezuelan government, I have received instruction from the head of state, President Nicolas Maduro, to initiate the procedure of withdrawal from Venezuela of this organization," Rodríguez told state-owned Venezolana de Televisión late Tuesday.

Rodríguez said such a meeting would be a direct action against the Venezuelan government and a violation of OAS rules.

Earlier in April, Rodríguez said the government rejects the "gross interference" of 11 "pathetic" Latin American countries that issued a joint statement calling on the Maduro regime to "to prevent any violence against protesters." 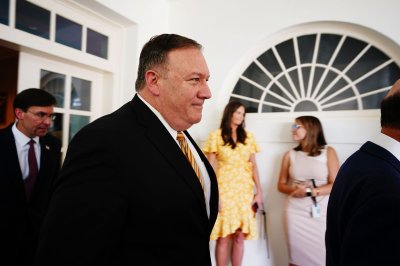 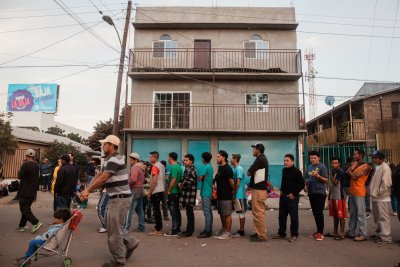