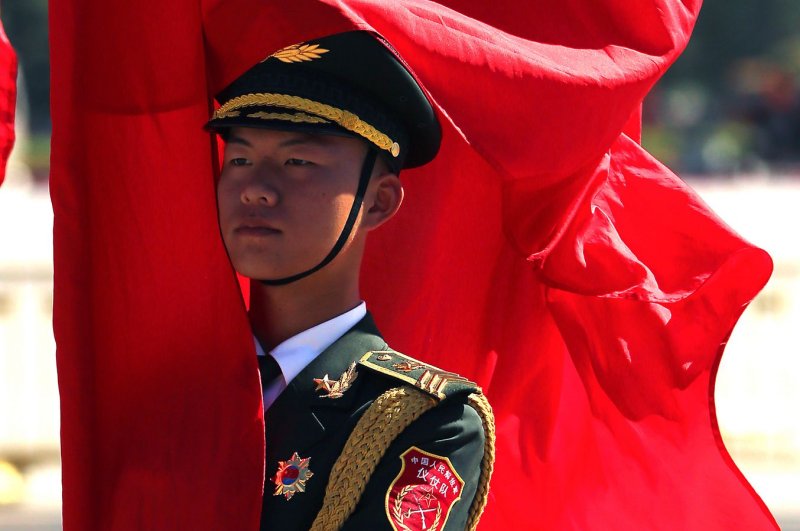 April 20 (UPI) -- China continues to conduct training exercises near the Korean peninsula, according to state media.

The drill follows the deployment of Beijing's Aegis-class destroyer the Xining to the Yellow Sea, according to state news network CCTV.

The Xining was commissioned in January and according to China's defense ministry, it is a "homegrown guided-missile destroyer integrated with many new types of weaponry."

The destroyer also has advanced stealth capability and electromagnetic compatibility, according to Beijing.

Chinese state television showed footage over the weekend of the Xining conducting a live-fire operation and deploying weapons to hit sea and air targets.

The exercises follow a naval training drill in the Yellow Sea, when China deployed the Liaoning, China's only known aircraft carrier.

The Liaoning and its accompanying fleet had completed training exercises in the South China Sea in January.

By 2025, China is to finish building two nuclear-powered aircraft carriers and retain a total of six carriers in its fleet, South Korean news agency Yonhap reported.

A source in Beijing who spoke anonymously to Yonhap said the drill may have been publicized as a warning to North Korea and to the United States and South Korea, as tensions mount on the peninsula and the USS Carl Vinson strike carrier group plans to arrive in the region next week.

World News // 6 hours ago
At least 41 killed in church fire in Egypt
Aug. 14 (UPI) -- At least 41 people have died, including 18 children, and at least 14 injured from an Egyptian Orthodox church fire caused by an electrical fire in the air conditioning unit in greater Cairo on Sunday.

World News // 1 day ago
French wildfire grows to 19,000 acres despite international help
Aug. 13 (UPI) -- French firefighters battled a raging wildfire in Landiras on Saturday with improvement on the frontlines despite getting international support from crews around Europe.

World News // 1 day ago
Taliban forces disperse women's rights protesters by firing into air
Aug. 13 (UPI) -- Taliban forces fired into the air Saturday to break up a demonstration staged by dozens of women protesting for rights, one year after the militant group retook power in Afghanistan.
Advertisement