March 31 (UPI) -- Malaysian nationals who were detained in North Korea returned home after three North Koreans were released and allowed to board a flight to Beijing.

The exchange ends weeks of tensions between Kuala Lumpur and Pyongyang that began after the older half-brother of Kim Jong Un was assassinated at a Malaysian airport.

The North Korean nationals, including Malaysia-based diplomat Hyon Kwang Song, boarded a flight to Beijing on Thursday and arrived at 3 a.m. Friday in China, according to Malaysia's China press.

An Air Koryo staff member and a third unidentified man accompanied Hyon, according to the report.

The three men then made their way to a black van waiting for them at the airport in Beijing, which presumably took them to the North Korean embassy.

Hyon was once suspected of planning the assassination.

Malaysia has also been cooperating with North Korea on the return of Kim Jong Nam's body, which may have arrived in Pyongyang, according to Chinese officials.

The return of the body was followed by the repatriation of nine Malaysian nationals, who arrived in their home country on Friday, according to the New Straits Times and Channel News Asia.

Mohd Nor Azrin, a Malaysian diplomat who was detained with his wife and three children in North Korea, expressed his relief upon arrival.

"I am very glad, very happy to be with our family members and loved ones. Once again I would like to thank the Malaysian government for putting so much effort to bring us back home," Mohd Nor Azrin said.

The diplomat added he was scared after being prohibited from leaving the country, but drew strength from the care and concern of his extended family.

The Malaysian counselor on North Korea added authorities in Pyongyang did not threaten him or his family and that he was able to speak to relatives by phone and on mobile apps.

The resolution of what was described as a hostage crisis in Malaysian news reports, however, does not mean the country will cut diplomatic ties with North Korea, according to Malaysia's prime minister. 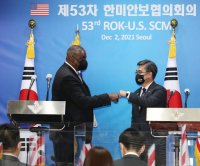