Feb. 22 (UPI) -- The Philippine Senate voted Tuesday to proceed with an investigation into President Rodrigo Duterte's alleged ties to a so-called death squad.

Ten senators voted in a caucus to continue the probe, launched after retired Philippine National Police officer Arthur Lascanas implicated Duterte in activities of a group known as the Davao Death Squad. The vigilante group is believed to be responsible for the deaths of more than 1,000 people accused of crimes in Davao City from 1998 to 2008, when Duterte was mayor. Lascana accused Duterte of paying death squad members to kill alleged criminals.

Seven senators voted against continuing the investigation, while five abstained from the vote, sources told the Manila newspaper The Inquirer.

Among those voting to continue the investigation was Sen. Leila De Lima, a long-time opponent of Duterte's who after the vote said Duterte was not fit to be president. She called Duterte a "criminal and a serial killer" with an "extrajudicial habit of killing people."

De Lima also called Duterte "physically and mentally" incapable of holding the presidential office, saying, "Why don't they disclose the real state of health, physical health, of the president?" and called him "a president with a criminal mind." She cited an article of the Philippines Constitution stating the conditions under which the Cabinet can remove a president incapable of performing the duties of the office.

"There's a revelation that he is a psychopathic serial killer, mass murderer. Is this covered of presidential immunity? I don't think so. This can certainly be a basis for impeachment."

World News // 56 minutes ago
Delivery service criticized in China for suspending BTS-related packages
Oct. 20 (UPI) -- A Chinese delivery service that said it had stopped transportation of all packages related to BTS is under fire for the statement posted to a local social media platform. 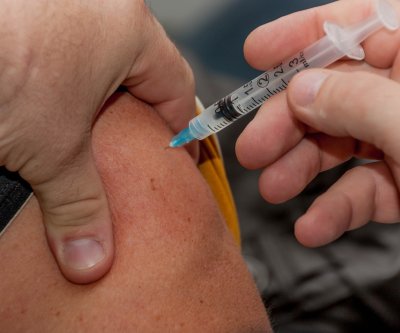 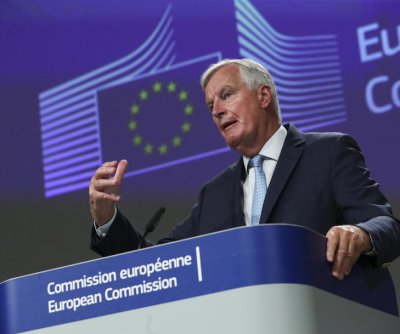