A state funeral was held for the director-general of North Korea’s aviation agency on Sunday, according to Pyongyang’s state media. The cause of Kang Ki Sop's death was not reported. Photo screenshot of KCTV

Kim Jong Un struck a somber tone during a visit to a funeral ceremony held for Kang Ki Sop, the director-general of North Korea's aviation agency, according to state media.

Pyongyang's news agency KCNA reported Monday that Kim made a personal visit on Sunday to the funeral altar of Kang, about whom little is known.

According to the report, Kang was a delegate to the Supreme People's Assembly. The report did not state the cause of his death.

"On Jan. 22, Comrade Kim Jong Un visited the open casket of the deceased, and expressed his deep condolences," KCNA stated.

The North Korean leader reportedly stroked Kang's face and said, "Comrade Kang Ki Sop had such a thirst for his work, exhibited deep responsibility and proved himself a revolutionary warrior who is infinitely loyal to our party."

Kim also delivered his condolences to the surviving family members, and a wreath from the North Korean leader was placed by the altar, KCNA reported.

RELATED In Cuba, the post-Fidel era began 10 years ago

In 2015, when top North Korean politician Kim Yang Gon was announced dead after an alleged car accident, a South Korean analyst said the crash might have been framed.

Yang Moo-jin, a professor at Seoul's University of North Korean studies, said Kim Yang Gon could have become the object of jealousy among rivals. 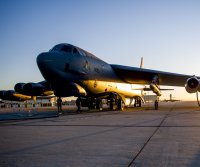