Coalition: Airstrike may have killed civilians at Mosul hospital

Iraqi army fighters watch as smoke risew in the background from burning oil fields, which were damaged duringfighting between Iraqi forces and Islamic State fighters in Qayara town, about 30 south of Mosul, northern Iraq, on November 1. The coalition said an airstrike against Islamic State in northern Mosul may have resulted in civilian casualties. File photo by Murat Bay/UPI | License Photo

MOSUL, Iraq, Dec. 29 (UPI) -- An airstrike intended for an Islamic State vehicle Thursday may have killed civilians at a hospital in Mosul, the coalition announced.

A statement by the Combined Joint Task Force said it "struck a van carrying ISIL fighters observed firing a SPG9/RPG recoilless rifle before loading the weapon in the van and driving off."

But the statement said, "The van was struck in what was later determined to be a hospital compound parking lot resulting in possible civilian casualties."

The property was listed by the World Health Organization information on health facilities in Iraq as Ibn al-Athir Maternity and Children's Hospital.

The coalition will investigate the incident and release its findings.

"Coalition forces comply with the Law of Armed Conflict, work diligently to be precise in our airstrikes, and take all feasible precautions during the planning and execution of airstrikes to reduce the risk of harm to civilians," concluded the statement.

The coalition began an operation to retake Mosul on Oct. 17. Iraqi forces "paused" their advance after a month because of bad weather, but on Thursday the coalition announced the offensive resumed.

Iraq commits to OPEC cuts, sends oil prices higher Iraqi journalist kidnapped from Baghdad home by gunmen U.S. was No. 1 worldwide in weapons sales in 2015 at $40B 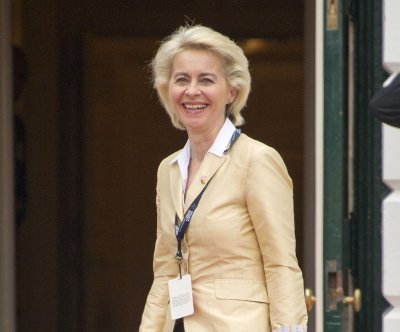