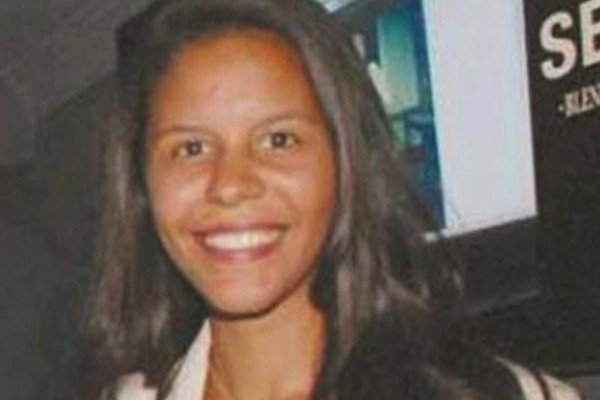 Geraldine Moreno Orozco, a 23-year-old student, was shot and injured with a pellet gun in 2014 during a anti-government protest in Venezuela. She died from her injuries. Two Bolivarian National Guard sergeants were sentenced to 30 and 16 years respectively over her death, Venezuela's Public Ministry said Thursday. Photo courtesy of Geraldine Moreno Orozco's family

Sgt. Albin Bonilla Rojas was found guilty of crimes including homicide and improper use of a weapon, while Sgt. Francisco Caridad Barroso, who was sentenced to more than 16 years, was found to be an accomplice.

Geraldine Moreno Orozco was shot and injured in the eye with a pellet gun -- that witnesses said fired iron, not plastic, pellets -- while she was watching a protest from outside of her home in the city of Valencia in the Carabobo state on Feb. 19, 2014. Though doctors performed an eight-hour-long surgery, Moreno Orozco died from her injuries.

At least 43 people died during the nationwide protests in early 2014 led by the Venezuelan opposition calling for better security, an end to food shortages and enhanced freedom of speech for citizens.

The regime of President Nicolas Maduro arrested several politicians for organizing the protests, including Leopoldo Lopez, who was sentenced in September 2015 to nearly 14 years in prison on charges including conspiracy and public incitement. 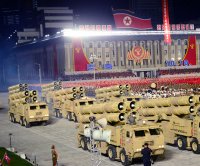 World News // 12 hours ago
French journalist kidnapped in Mali pleads for release in video message
May 5 (UPI) -- French Journalist Oliver Dubois pleaded for his life in a video released Wednesday after he was abducted by the "Support Group for Islam and Muslims" in Mali.

World News // 19 hours ago
Soldiers leaving Myanmar's air force by the dozens, report says
May 5 (UPI) -- Dozens of soldiers with Myanmar's Air Force have deserted the military, according to a recent press report. 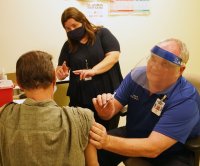 World News // 19 hours ago
Canada approves Pfizer vaccine for 12- to 15-year-olds
May 5 (UPI) -- Health Canada on Wednesday authorized the Pfizer-BioNTech coronavirus vaccine for children ages 12 to 15.