U.S. to return part of Okinawa military base to Japan

U.S. Marines patrol roads after the ground assault portion of a long-range training raid from Marine Corps Air Station Futenma in Okinawa to the Combined Arms Training Center in Camp Fuji on November 4. The United States will return part of the Okinawa military base to Japan in a December ceremony, the Pentagon said Tuesday. The presence of United States Forces Japan on Okinawa has generated outcry over crimes committed by U.S. personnel. File Photo by Lance Cpl. Kelsey Dornfeld/ U.S. Marine Corps/UPI | License Photo

TOKYO, Dec. 6 (UPI) -- U.S. Secretary of Defense Ashton Carter on Tuesday said the United States will return some land on the Okinawa military base to Japan.

Carter made the announcement during a bilateral meeting with Japanese Prime Minister Shinzo Abe, who on Monday said he would visit Pearl Harbor in late December -- making him the first Japanese leader to pay tribute to victims of Japan's Dec. 7, 1941, attack.

A senior defense official told ABC News part of the Northern Training Area in Okinawa will be returned by the end of the year. The Japanese government said it would build six helicopter pads and access roads for future U.S. training and operations.

The transfer is scheduled to occur during ceremonies on Dec. 21 and 22. About 52,000 U.S. troops are in Japan. The U.S. military presence in Japan increases to about 100,000 when civilian personnel, contractors and dependents are added.

The presence of U.S. Forces Japan on Okinawa has generated outcry over crimes committed by U.S. personnel, ranging from assault, hit-and-runs and rape.

In July, U.S. Navy sailor Justin Castellanos received a 30-month sentence of hard labor for raping a Japanese tourist after pleading guilty in May. In March, a 33-year-old U.S. Navy lieutenant was arrested for allegedly groping a 19-year-old Japanese woman and punching her multiple times while on an airplane.

In August, Japan's Supreme Court rejected a plea to move the trial of former U.S. Marine Kenneth Franklin Shinzato, accused of raping and killing a 20-year-old Japanese woman. Shinzato argued he would not able to get a fair trial in the Okinawa Prefecture due to high emotions among locals who already think he is guilty.

RELATED Japan exploring use of artificial intelligence for nation's parliament

On Sunday, two U.S. Marines were arrested separately in Okinawa on suspicion of drunk driving. A breath test performed on one showed an alcohol reading three times the legal limit, police said. 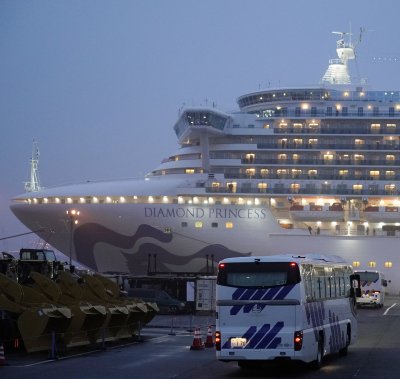