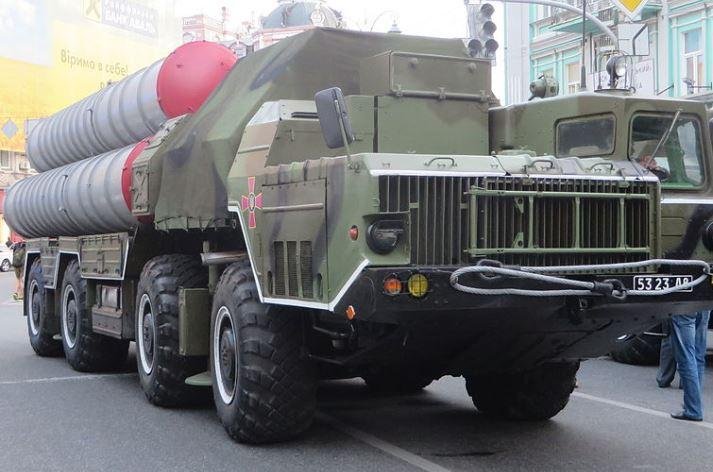 Ukraine began tests of S-300 surface-to-air missiles over the Black Sea Thursday, near Russian-annexed Crimea, despite accusations by the Russian foreign ministry that the tests were a provocation. Photo courtesy of Nickispeaki/Wikimedia

The Ukrainian military declared the tests of the S-300 medium-range missiles a success.

"Sixteen Ukrainian missiles were launched. All of them have reached their targets," said Svyatoslav Tsegolko, spokesman for President Petro Poroshenko.

Earlier this week, Ukraine defined the area of the tests, which the Russian Ministry of Defense said "violates the territorial sea borders of the Russian Federation." Although the missiles came within 18 miles of Crimean airspace, Ukraine moved the perimeter of the test area, apparently to calm Russian concerns, Russia's air transport agency reported.

Crimea, formerly Ukrainian territory, was annexed in 2014 by Russia.

"I want to emphasize that the launches are taking place in open sea over Ukrainian airspace, in full accordance with international law," Poroshenko said. "The launches will go on regardless of any statement released by Moscow. The only reason that makes us conduct these exercises is the need to be consistently ready for any full-scale invasion from the side of our aggressive neighbor."

Russian warships of the Black Sea fleet took up positions west of Crimea to provide air defense over Russian territory, and navy personnel were put on combat alert.

World News // 13 hours ago
Tanzania's government installs broadband Wi-Fi on Mount Kilimanjaro
Aug. 18 (UPI) -- Tourists climbing Mount Kilimanjaro will be able to access the internet while scaling the volcanic mass after the government of Tanzania installed a broadband network at Uhuru Peak.

World News // 17 hours ago
Grades drop for British students taking first exams in three years
Aug. 18 (UPI) -- Students in the U.K. saw their grades drop this year, the first time in three years students have taken exams because of the COVID-19 pandemic.

World News // 21 hours ago
Women inside Israel's spy agency take over key role of watching Iran
Aug. 18 (UPI) -- For the first time, two women have been appointed to take over executive-level positions inside Israel's foreign intelligence agency, and both will be mainly charged with keeping an eye on Iran and its nuclear program.
Advertisement