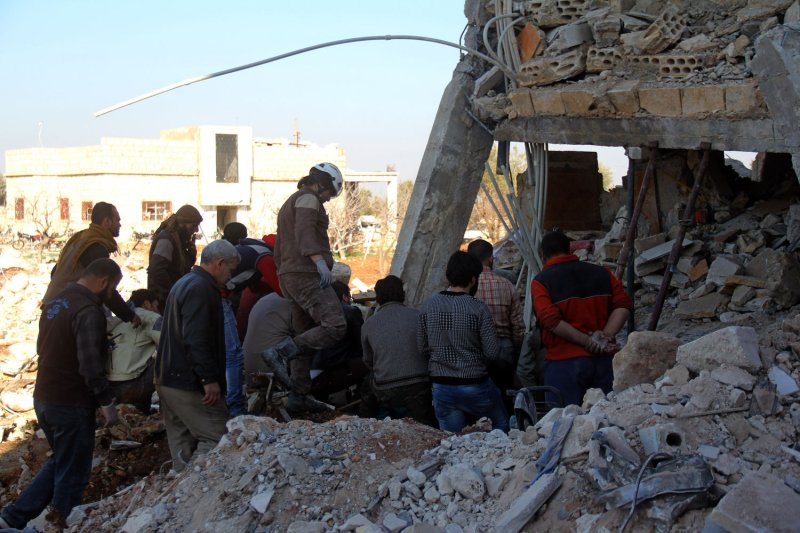 Syrians search for victims among the rubble of a hospital supported by Doctors Without Borders was hit by suspected Russian air strikes near Maaret al-Numan, in Syria's northern province of Idlib, on February 15, 2016. Russian Forces and President Bashar al-Assad's regime resumed bombardments on Nov. 15, which forced all hospitals in eastern Aleppo to shut down. The only specialized pediatric hospital in the area was damaged and three other hospitals were struck. Photo by Omar Haj Kadour/ UPI | License Photo

ALEPPO, Syria, Nov. 19 (UPI) -- All hospitals in the Syrian city of Aleppo closed Friday after a series of relentless airstrikes targeting medical facilities.

The only specialized children's hospital in the area was targeted for the second time since President Bashar al-Assad's regime and Russian forces resumed the bombardments on Nov. 15 and three other hospitals also took direct hits, according to Doctors Without Borders.

"The attacks have destroyed entire hospitals, electric generators, emergency rooms and wards, forcing them to stop all medical activities," Teresa Sancristoval, of Doctors Without Borders, said.

More than 150 people were killed and hundreds more were wounded by the bombardment which also left 300,000 residents without medical care, the Wall Street Journal reported.

"This destruction to the vital infrastructure has left the besieged and resilient people...without any medical facilities to provide treatment and a chance to save their lives," the Aleppo's opposition-run health directorate said. "And [it] has left them to die, which is what the regime is trying to achieve."

The Russian Defense Ministry denied any targets in Aleppo were included in the most recent wave of bombardments, although residents and the health directorate described attacks involving barrel bombs, grad rockets and Ballistic missiles.

"The regime army and Russian forces are using all kinds of weaponry in bombing civilians and infrastructure with a view to preventing civilians, including women, children and elderly, from receiving medical treatment," the directorate said, according to Anadolu Agency.

The health directorate extended a plea to all world governments "to instantly intervene to stop the war crimes in Aleppo."

World News // 1 hour ago
Biden says he isn't considering sending U.S. troops to Ukraine
Dec. 8 (UPI) -- President Joe Biden said Wednesday that sending troops to Ukraine is "not on the table" after his high-stakes virtual summit with President Vladimir Putin on Tuesday. 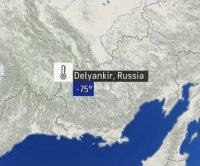 World News // 6 hours ago
'Zombie fires' burn despite temperatures plunging to 74 degrees below zero
Bone-chilling conditions are being reported across parts of Siberia, which has been experiencing some of the coldest air on Earth in recent days. Yet "zombie fires" continue to burn beneath the frozen landscape. 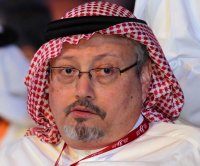