A Red Cross adviser said the recovery work has been taking place at a pace that would usually take 3 years in a developing country. 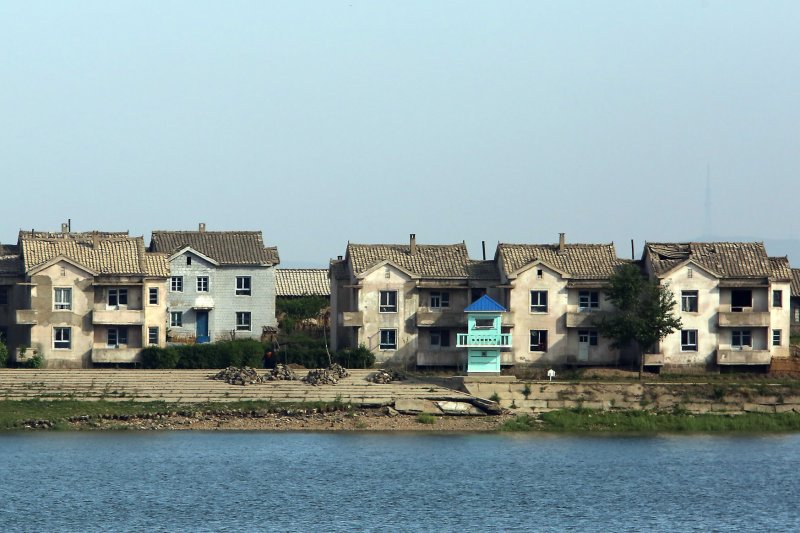 North Korea constructed at least thousands of homes in the wake of heavy floods that left hundreds of thousands of residents homeless in North Hamgyong Province. File Photo by Stephen Shaver/UPI | License Photo

SEOUL, Nov. 16 (UPI) -- North Korea has begun moving residents into newly built homes in a region recovering from recent floods the country has described as catastrophic and the worst since World War II.

According to the Russian embassy in Pyongyang, the relocation of flood victims is underway, Voice of America reported.

The embassy confirmed the latest development on Facebook, and quoted Cho In Chol, the vice chairman of the Rason City People's Committee.

Cho told a Russian diplomat construction on a cluster of new homes was completed on Nov. 10 and residents were being moved in by Tuesday.

A Western diplomat who spoke to VOA on the condition of anonymity also said victims of the August and September floods were being assigned to their new homes.

The diplomat said he has visited sites in the city of Hoeryong, Onsong and Musan Counties and witnessed the construction on 10,000 homes nearing completion, according to the report.

The source said most of the newly built residences were either apartment units or detached houses capable of accommodating two households.

The apartments, however, did not seem to be equipped with good insulation, the diplomat said.

The source added construction appeared to have taken place at a very rapid pace, comparing the progress to an earlier stage of construction in late September.

Patrick Elliott, a shelter adviser with the International Federation of Red Cross and Red Crescent Societies, said the recovery work has been taking place at an incredibly rapid rate, and at a pace that would usually take 3 years in a developing country.

Progress on construction was captured in satellite images, including more than 50 new red roofs in the city of Hoeryong and three large apartment buildings in Yonsa County, according to VOA.

World News // 23 hours ago
Interior minister set to become Austria's sixth chancellor in 5 years
Dec. 3 (UPI) -- Interior minister Karl Nehammer said he's been nominated to take over as leader of the conservative People's Party, putting him in line to become the country's next chancellor.