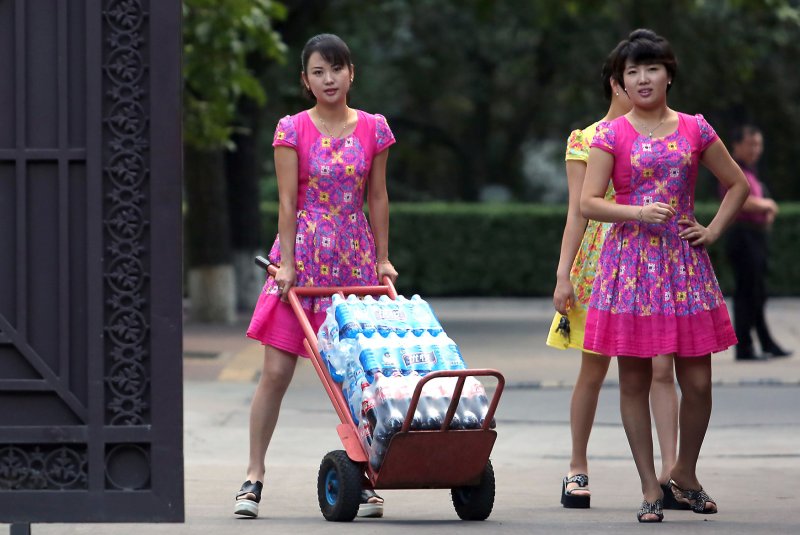 Women in North Korea use a variety of contraceptive methods, a trend that is growing, according to a recent report. Photo by Stephen Shaver/UPI | License Photo

SEOUL, Nov. 16 (UPI) -- Contraceptive use among women in North Korea of childbearing age is higher than the global average, although birth control is illegal in the country.

According to the United Nations Population Fund, the contraceptive rate is 70 percent for the relatively isolated country, or 36th in the world, Voice of America reported Wednesday.

The country with the highest rate of contraceptive use is China at 83 percent. South Korea was also one of the top five countries for birth control at 79 percent, according to VOA.

The report states the majority of North Korean women who use contraceptives opt for intrauterine devices, including the "Loop," which can be placed to closely fit around the contours of the uterine cavity.

Contraceptives are banned in North Korea but are available in the unofficial markets that have grown in the country.

A female North Korean defector told VOA contraceptives and birth control treatments are expensive, but more women are becoming "westernized and liberalized," a trend that is bumping up demand.

World News // 8 hours ago
WHO study links longer work hours to heart disease, stroke, death
May 17 (UPI) -- People who work long hours, more than 55 per week, are at greater risk of ischemic heart disease and stroke than those who work normal work weeks, the WHO and International Labor Organization said in an analysis Monday.