South Korea called for the continuation of joint coordination on North Korea policy as financial markets took a dive on Wednesday. 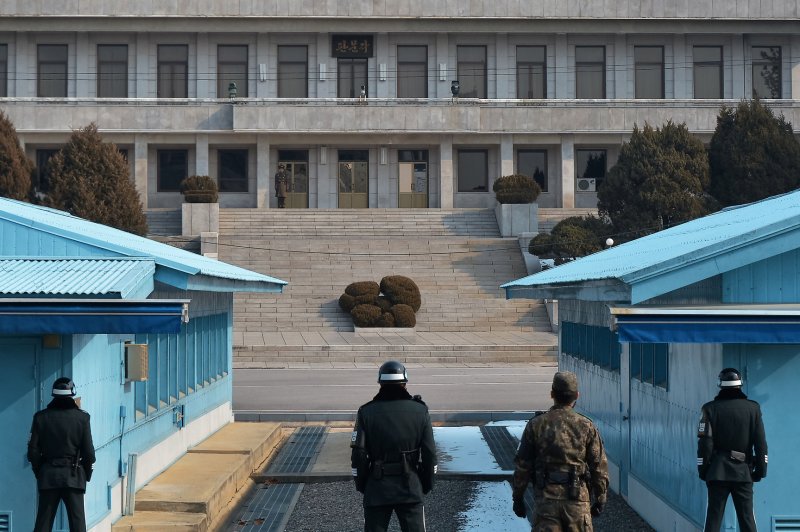 But after election results were announced, Park also sent a congratulatory message to Trump, citing his win and his experience in "outstanding" achievements, according to Yonhap.

Park said in her message she looks forward to strengthening cooperation between the two countries in order to resolve longstanding North Korea issues and to further develop the U.S.-South Korea alliance.

As South Korea's main stock index the KOSPI shed more than 2 percentage points and the local currency depreciated in value, Prime Minister Hwang Kyo-ahn called for an emergency meeting of ministers, pledging to work with the U.S. president-elect on bilateral issues.

Both Park and Foreign Minister Yun Byung-se called for continuity in U.S. North Korea policy. Park asked her aides to work toward strengthening U.S.-South Korea pressure on North Korea, so "the next U.S. administration without hesitation" continues current policy.

South Korea's opposition party presidential hopeful also congratulated Trump on his victory, No Cut News reported. Moon Jae-in said in his message Trump's win shows the "desire of the American people for change in the future."

U.S. Ambassador to Seoul Mark Lippert said the election outcome does not change the bilateral alliance.

In the course of his campaign Trump had suggested China take more responsibility for North Korea and said he is open to Japan and South Korea developing their own nuclear defense.

"Over the 60 years, we have had this special alliance. It's been through ups and downs. [But] it will always get stronger. I am confident that that trajectory will continue," Lippert said Wednesday.

World News // 19 hours ago
U.N. report says world 'way off' key climate target after record CO2 rise in 2020
Oct. 25 (UPI) -- Heat-trapping greenhouse gases worldwide climbed to a record level in 2020 and the world is "way off track" from being where scientists say it needs to be by 2100, a United Nations report said Monday.