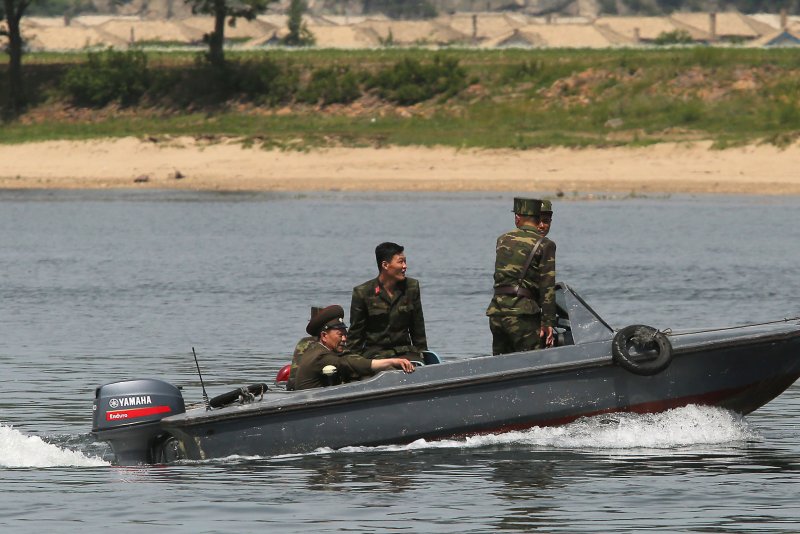 North Korea may be interested in pushing forward with returning to principles set forth in the Sept. 19 Joint Statement signed in 2005 by the United States, North Korea, Japan, South Korea, China and Russia. File Photo by Stephen Shaver/UPI | License Photo

SEOUL, Oct. 25 (UPI) -- North Korea officials may have expressed interest in the possibility of implementing the Sept. 19 Joint Statement on denuclearization after meeting with former U.S. negotiators in Malaysia.

But the Track 2 dialogue is being dismissed by the U.S. State Department as a channel of communication independent from government policy, Voice of America reported.

DeTrani told VOA in a phone interview discussions were held in a friendly atmosphere with North Korean diplomats and that the group explored the possibility of revisiting the wording of the Sept. 19 Joint Statement.

The Sept. 19, 2005 agreement signed by the United States, North Korea, Japan, South Korea, China and Russia stipulated all six parties would work toward the verifiable denuclearization of the Korean peninsula. North Korea also agreed to abandon all nuclear weapons and nuclear programs.

The two sides agreed to search for a compromise solution but details were not discussed, DeTrani said.

Chang Yong-suk, a senior researcher at Seoul National University's Institute for Peace and Unification Studies, said the talks reaped results if North Korea had suggested it was willing to talk denuclearization, according to News 1.

In Washington, however, the State Department denied any ties to the talks.

World News // 4 hours ago
Canada to sanction dozens in Iran amid anti-regime protests
Sept. 26 (UPI) -- Canada will impose sanctions against dozens of people and entities in Iran, including its so-called morality police, as the country's regime brutally cracks down on protests.

World News // 17 hours ago
Apple says it will produce iPhone 14s in India
Sept. 26 (UPI) -- Apple took a significant pivot away from using China as a production hub on Monday by announcing it will make its flagship iPhone 14 in India.

World News // 18 hours ago
Canada, possibly North Korea, to address United Nations
Sept. 26 (UPI) -- In the final day of scheduled speeches at the United Nations General Assembly on Monday, Canada's Foreign Affairs Minister Melanie Joly will address the crowd while a spot has been left open for reclusive North Korea.

World News // 19 hours ago
Man shoots Russian military commander amid draft protests
Sept. 26 (UPI) -- A Russian military officer in charge of a local draft to sign men up for the war in Ukraine was seriously injured in a shooting attack meant as a protest against President Vladimir Putin's widening invasion.