RIYADH, Saudi Arabia, Oct. 19 (UPI) -- Saudi Arabia executed a member of its royal family after his conviction for murder.

The Saudi Interior Ministry said Prince Turki bin Saud bin Turki bin Saud Al-Kabeer was executed on Tuesday in Riyadh for shooting and killing Adel bin Suleiman bin Abdulkareem Al-Muhaimeed, a Saudi citizen, during a brawl. It added security officers arrested the prince and charged him with murder. The country's General Court convicted Prince Turki, the Saudi Court of Appeals and Supreme Court upheld the decision and a royal decree was issued to conduct the execution.

Although the method of his execution was not released in the statement, most death penalties in Saudi Arabia involve a public beheading. It is unclear if any witnesses saw Prince Turki put to death.

Tuesday's execution was the first for a member of the royal family since Prince Faisal bin Musaid was beheaded in Riyadh in 1975 for the assassination of head of state King Faisal.

Social media in Saudi Arabia offered conflicting opinions on the execution, The New York Times reported, with some comments of shock and surprise, and others suggesting it demonstrated the quality of the country's justice system, with no one immune from the law.

Saudi Arabia, an absolute monarchy, follows a strict interpretation of Islamic Sharia law and has been criticized by global human rights groups and Western governments for what they regard as excessively harsh punishments. 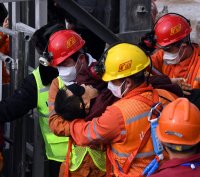