The door of a Dresden, Germany, mosque shows indications of a homemade explosive Monday. A similar explosive device detonated at the city's convention center. Screenshot from YouTube

DRESDEN , Germany, Sept. 27 (UPI) -- A mosque and a convention center in Dresden, Germany, were struck by small homemade explosives, damaging both buildings.

The bombs exploded in front of both buildings Monday evening, about one-half hour apart. There were no injuries. Police say they believe the bomb at the city's International Congress Center was timed to coincide with this weekend's "Day of German Unity" celebrations, marking the fall of the Berlin wall and the reunification of the country.

"Although no one has come to us claiming responsibility, we have reason to suspect a xenophobic motive. At the same time, we certainly see a connection to the upcoming celebrations for German unification day," said police commissioner Horst Kretzschmar. "These events will certainly impact our current plans for patrolling [prior to the celebration]. As of right now we are working in crisis mode." {link: The first bomb: "http://www.nbcnews.com/news/world/dresden-blasts-mosque-conference-center-attacked-german-city-n655241" target="_blank"} exploded at the mosque, and neighboring mosques and an Islamic cultural center were provided additional police protection.

Dresden is the founding place of PEGIDA, a German anti-Islamic movement, and the city has been criticized for its far-right politics. The bombings Monday occurred immediately after a PEGIDA march through the city.

World News // 2 hours ago
Officials: 33 of 39 Canadian miners reach safety, 6 more coming
Sept. 28 (UPI) -- Canadian authorities said Monday night that 33 of 39 miners trapped underground near Sudbury, Ontario, since Sunday have been freed with the other six expecting the join the later Tuesday. 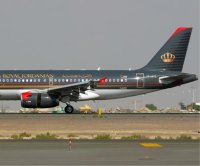 World News // 3 hours ago
Royal Jordanian Airlines to resume service to Syria after 9 years
Sept. 28 (UPI) -- Jordan's national airline made the announcement on Tuesday that it would fly to Syria starting Oct. 3.

World News // 4 hours ago
Police suspect explosive device set off blast at Sweden apartment building
Sept. 28 (UPI) -- Authorities believe an explosion at a Swedish apartment building on Tuesday -- which injured a number of people and started multiple fires -- was probably caused by a bomb-like device.

World News // 6 hours ago
Japan to end all COVID-19 states of emergency nationwide this week
Sept. 28 (UPI) -- Later this week, Japan will emerge from a persistent state of COVID-19 emergency for the first time in six months, government officials in Tokyo said Tuesday.

World News // 7 hours ago
Activist Greta Thunberg on politicians' climate promises: 'Blah, blah, blah'
Sept. 28 (UPI) -- Ahead of a major climate summit in a few weeks, activist Greta Thunberg again ramped up pressure on global leaders at an environmental rally in Italy Tuesday -- saying that they have been all talk and no action.