By Jareer Elass, The Arab Weekly 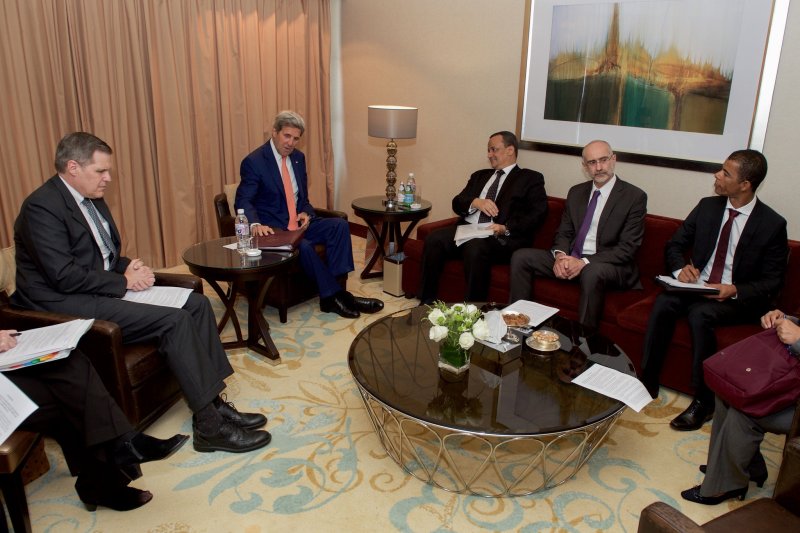 UNITED NATIONS -- A United Nations envoy said Wednesday a return to a cease-fire in Yemen after weeks of heavy bombing and shelling was "critical" to renewing peace talks.

Three months of negotiations in Kuwait ended without a breakthrough on Aug. 7, triggering what UN envoy Ismail Ould Cheikh Ahmed described as a "dangerous escalation in military activities."

"In order to accelerate the path to renewed talks, the resumption of the cessation of hostilities will be critical," he told the Security Council.

A new cease-fire will "spare Yemen the further loss of life, allow the increased flow of humanitarian assistance and generate much needed confidence for the negotiation of a comprehensive and peaceful solution," he said.

The Saudi-led coalition waging a military campaign in Yemen has stepped up its air raids following the breakdown of talks and cross-border attacks from Yemen have also intensified.

Among the poorest countries in the Arab world, Yemen slid further into chaos when the coalition launched its campaign in March 2015 to push back Houthi rebels and their allies who still hold the capital Sanaa and other parts of the country.

More than 6,600 people have been killed since March last year and the war has left Yemen on the brink of financial ruin.

The envoy said a new cease-fire should begin with the deployment of a de-escalation committee in the border area of Dharan al-Janub and should include "a full end to all military activities by land, sea or air, and using any kind of weapon."

There had been some hope of a settlement when a cease-fire was agreed on April 10 and talks convened in Kuwait, but the peace process broke down over disputes on the formation of a unity government and the withdrawal of rebel forces.

During a meeting last week between U.S. Secretary of State John Kerry and Gulf ministers, a proposed agreement was reached calling for a unity government that will include the Houthis to be formed immediately following the rebel withdrawal from Sanaa and other areas and the handover of weapons.

Yemen's government has said it welcomes the U.S.-backed plan in principle while the rebels have also sent out positive signals.

The envoy stressed the need for quick progress, given the worsening economic crisis.

Cheikh Ahmed warned that the lack of revenue and shortage of liquidity could make it impossible for salaries to be paid in the coming months, driving many more civilians into destitution.

World News // 4 minutes ago
Turkish President Erdogan to survey earthquake damage as death toll rises
Feb. 8 (UPI) -- President Recep Tayyip Erdogan was expected to arrive in southern Turkey on Wednesday to examine some of the worst damage from Monday's earthquake that devastated his country and Syria, leaving thousands dead in its wake

World News // 1 hour ago
New Zealand intercepts $317M worth of cocaine left floating in the Pacific
Feb. 8 (UPI) -- New Zealand authorities announced Wednesday the seizure of a 3.5 ton haul of cocaine with a street value of $317 million in a major anti-drugs operation carried out in the middle of the Pacific.

World News // 1 day ago
Erdogan declares state of emergency in Turkey, as death toll exceeds 7,800
Feb. 7 (UPI) -- Turkish President Recep Tayyip Erdogan announced a three-month state of emergency on Tuesday, as the death toll from a powerful earthquake that struck southern Turkey and northern Syria rose to over 7,800.

World News // 23 hours ago
BP to up investment into oil and gas as profits double
Feb. 7 (UPI) -- British oil giant BP has switched tracks on its carbon emissions strategy, announcing plans Thursday that it will now invest $8 billion into new oil and gas production over the next seven years.
Advertisement