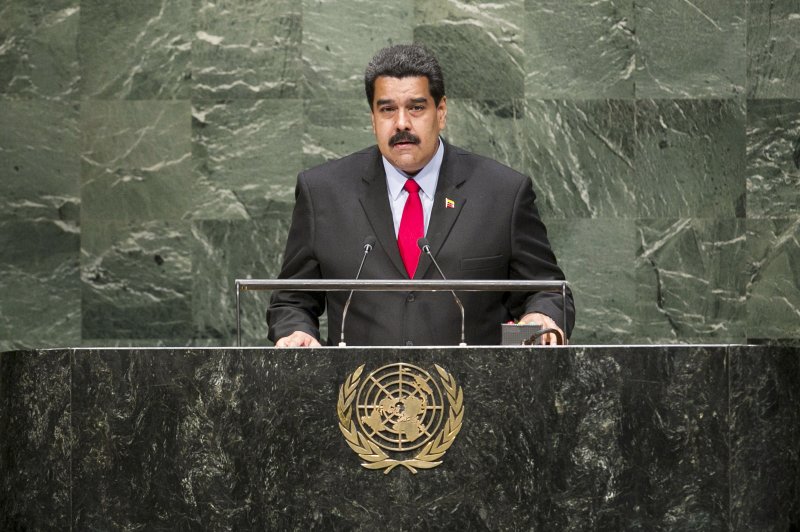 Venezuelan President Nicolas Maduro has vowed to expand a welfare healthcare program to all of Venezuela's states by the first quarter of 2017. The program was initially praised by international organizations but has since decreased in its capabilities. File Photo by UPI

CARACAS, Venezuela, Aug. 22 (UPI) -- Venezuelan President Nicolas Maduro has vowed to expand a welfare healthcare program to all of the South American country's states by early 2017.

The Misión Barrio Adentro, or Into the Neighborhood Mission, was created by late former President Hugo Chavez in 2003. The program seeks to provide publicly funded healthcare, including dental care, to impoverished Venezuelan communities.

The program, credited for decreasing infant mortality rates, was initially praised by the World Health Organization and UNICEF but the program has waned in recent years as many of the thousands of clinics built under the program became abandoned and the medical personnel who operated within them -- mostly Cuban medics -- left.

In a speech at the Venezuelan presidential palace, Maduro said the government still has the capacity to improve the program -- despite the crippling economic crisis the country faces.

"We have made great progress in caring for children, youths and the population in general, but we could still do more, because we have resources to do so," Maduro said Saturday. "This program should be implemented as a prioritized policy to guarantee better quality of life for all Venezuelans."

Maduro said he rejects the call to return Venezuela's healthcare system to a privately run institution.

"No. No to capitalism. No to social, political and economic regression of our country," Maduro said.

Venezuela is undergoing a critical economic crisis in which basic necessities including medicines and food are either in short supply or not available.

World News // 10 hours ago
Afghanistan faces hunger, economic collapse, other crises one year after Taliban's return
Aug. 15 (UPI) -- The Taliban on Monday celebrated the one-year anniversary of their return to power in Afghanistan after U.S. forces ended a 20-year campaign, but experts say the country is now dealing with multiple crises.

World News // 2 hours ago
U.S. reports no casualties in 'ineffective' drone strike near U.S. base in Syria
Aug. 15 (UPI) -- U.S.-backed coalition leaders condemned an unsuccessful drone attack near the Tanf base in southeast Syria, which houses U.S. troops and their Syrian allies. U.S. forces reported no deaths, no injuries and no damage.

World News // 5 hours ago
Egypt church fire: Officials say smoke, stampede killed most of the dead
Aug. 15 (UPI) -- Egyptian authorities said on Monday that most of the deaths from a fire at a Coptic Christian church in Cairo were due to smoke inhalation the stampede of people rushing to get out.

Prince Harry, Meghan Markle to return to Britain in September