At least 1,500 have died in western Siberia from an anthrax outbreak that has also killed a child and sickened at least 70 other people. File Photo by Grigorii Pisotsckii/UPI

SALEKHARD, Russia, Aug. 2 (UPI) -- At least one child has died and more than 70 sickened by an anthrax outbreak in western Siberia, officials said.

The 12-year-old boy who died was one of 72 indigenous people struck by the deadly bacteria that also has killed at least 1,500 reindeer in the region. The herders are dependent on the reindeer for food and other supplies.

Unusually warm weather due to climate change has likely released the bacteria, experts believe. The region has not been hit with the disease since 1941.

"We literally fought for the life of each person, but the infection showed its cunning," Yamal Gov. Dmitry Kobylkin, told the Interfax news agency. "It returned after 75 years and took the life of a child."

Russian air force transport planes have brought a staff of 200 people, 30 all-terrain vehicles and various medical supplies to the town of Salekhard to assist in treating the victims and quelling the outbreak.

With proper medical supervision, anthrax is not typically lethal if treated with antibiotics in time.

The outbreak was likely caused when extreme heat melted the permafrost where a reindeer had died of the disease 70 years ago, re-releasing the bacteria into the air. 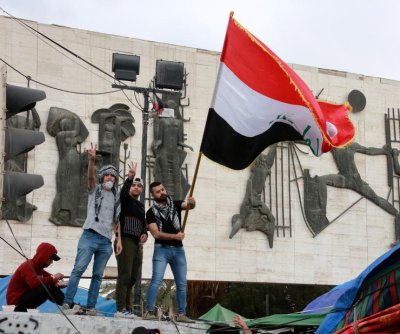 World News // 4 hours ago
Al-Zurfi resigns as designated Iraqi PM after failing to form gov't
April 9 (UPI) -- Adnan al-Zurfi resigned as the designated prime minister of Iraq on Thursday and dropped efforts to form a new government after he failed to secure necessary support among lawmakers.