Pope says church should apologize to gays and marginalized people 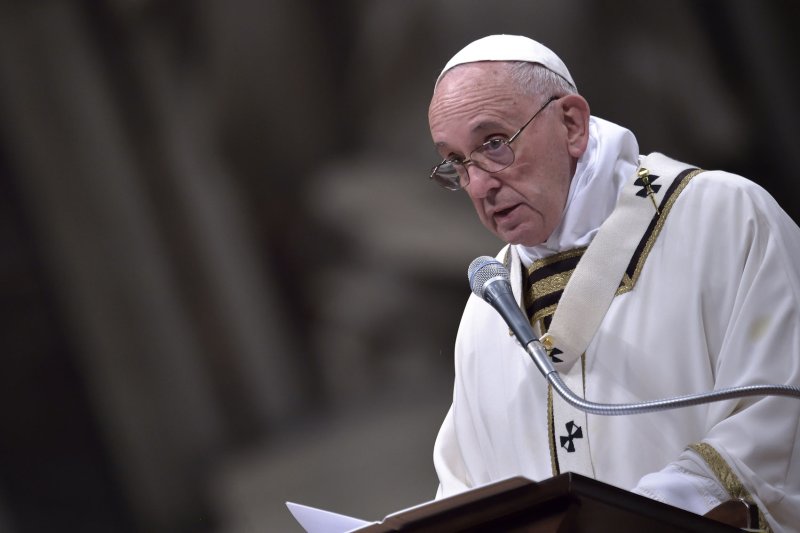 Pope Francis, shown here celebratings Christmas Eve Mass at the Vatican, said Sunday that Christians have a lot to apologize for, in particular the church's treatment of gay people and those exploited by the church. File Photo by Stefano Spaziani/UPI | License Photo

VATICAN CITY, June 27 (UPI) -- Pope Francis said Christians should apologize to gays and other marginalized groups who have been offended or exploited by the church.

The remarks, made Sunday during a press conference on a flight back from his visit to Armenia, is being seen by some as a potential shift in the Catholic church's approach toward homosexuality.

"I repeat what the catechism of the Catholic church says -- that they must not be discriminated against, that they must be respected and accompanied pastorally," Francis told reporters.

"The church must ask forgiveness for not behaving many times -- when I say the church, I mean Christians! The church is holy, we are sinners!"

The pope also included other topics as part of his larger theme of asking for forgiveness, NPR reported.

He told reporters that Martin Luther, the German monk who launched the Protestant Reformation, that "His intentions were not wrong. He was a reformer protesting against a church rife with corruption, worldliness and lust for power.

World News // 4 hours ago
Netanyahu, education minister aim to open Israel schools Sept. 1
Aug. 10 (UPI) -- Israeli Prime Minister Benjamin Netanyahu told his political party Monday schools will be open for all students on Sept. 1, going against a top adviser who said the start date may need to be delayed.