According to the source, a mint in the North Korean city of Pyongsong in South Pyongan Province specializes in the printing of fake Chinese yuan, the group said.

A secret North Korean task force called "Unha," under the financial accounting department of the Central Committee of the Workers' Party, is managing the illicit project.

North Korea began printing the high-quality bills in 2013, and according to NK Intellectuals Solidarity, the task force has Kim's approval for a "three-step strategy."

"The fake currency is first circulated and tested in North Korean markets for sophistication, then tested for safety in a third country, then distributed in massive quantities in China," the activists said.

North Korea uses enterprises nested inside its embassies abroad to access the foreign exchange, and working together with "foreign criminal associations," mixes in the counterfeit currency with other bills in order to place them in circulation.

The group also said a handful of North Koreans were prosecuted in Beijing in May for using fake U.S. dollars in transactions.

A North Korean restaurant worker in Dandong, China, is also being investigated on suspicions of using counterfeit cash, the group said. 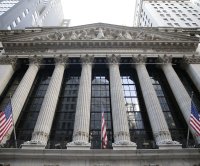