A South Korean soldier stands guard at the Dorasan Station in the Civilian Control area near the demilitarized zone in Paju. South Korea said Sunday the Islamic State has released satellite images of U.S. bases in the country. File Photo by Keizo Mori/UPI | License Photo

SEOUL, June 20 (UPI) -- The Islamic State has detailed information on dozens of U.S. military facilities around the world, including in South Korea, according to Seoul's intelligence agency.

The National Intelligence Service said Sunday the group also known as Daesh, ISIS and ISIL has encouraged its followers to launch attacks on the bases, CNN reported.

U.S. Forces Korea stated on Monday the security of U.S. military installations is a top priority.

"Through constant vigilance and regular exercises with our South Korean counterparts, we remain prepared to respond at any time to any emerging threats," USFK said in a statement.

Four of the military bases on the list of IS targets are located in South Korea. They include detailed map coordinates and satellite images from Google Maps of U.S. Air Force bases in Osan and Gunsan, Voice of America reported.

IS is also targeting individuals directly.

A South Korean national who works at a welfare organization was on the list the group released publicly.

Seoul said the IS' hacking arm, the United Cyber Caliphate, collected the information on the U.S. bases.

In November, South Korea arrested an Indonesian man for supporting another organization, the al-Nusra Front in Syria.

The al-Qaida affiliated group has waged a war against the Syrian government but reportedly split with IS in 2013.

World News // 2 hours ago
France says it will defend Sweden, Finland against attacks as they seek NATO membership
May 16 (UPI) -- France will defend Sweden and Finland, Elysee said Monday, as the two Nordic countries have received threats from Russia over their decisions to join the NATO defensive military alliance.

World News // 19 hours ago
Zelensky addresses U.S. universities on rebuilding higher ed, bringing back students
May 16 (UPI) -- Ukrainian President Volodymyr Zelensky told students, professors and university officials Monday that they have a choice to take an active role in current conflict in his country against Russia or they can be bystanders. 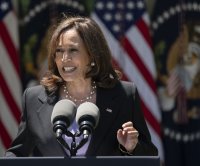 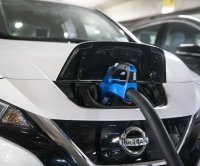 World News // 14 hours ago
Ukraine makes gains in Kharkiv against Russia with counterattack
May 16 (UPI) -- Ukrainian forces said Monday their counteroffensive in the second-largest city of Kharkiv has allowed them to push back Russian forces in one of the most significant setbacks for Moscow since the start of its invasion.